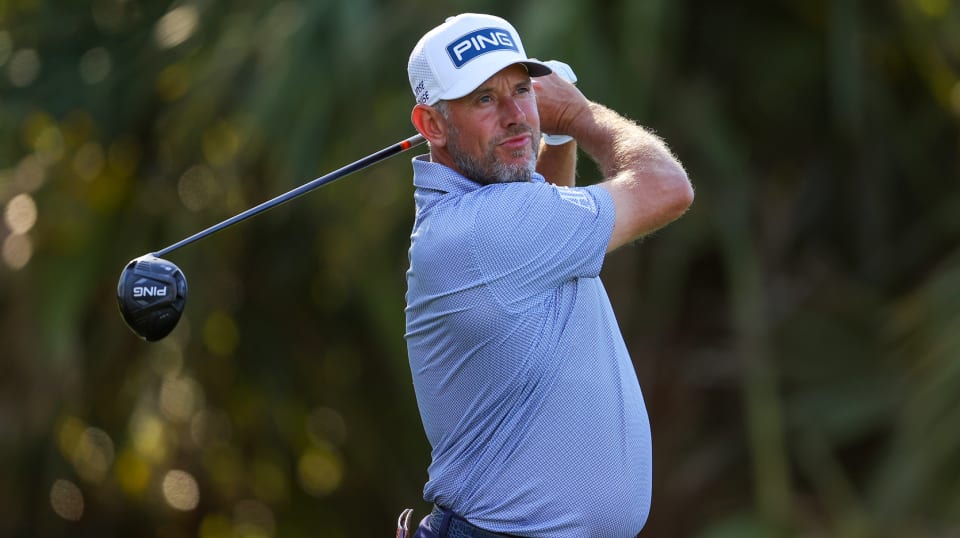 A quick look at Friday’s almost completed second round at THE PLAYERS Championship.

Lee Westwood: The blast from the past continues at TPC Sawgrass. Fresh off his runner-up finish at the Arnold Palmer presented by Mastercard, the 47-year-old English veteran busts out a 6-under 66 to move to 9-under and one clear.

Westwood leads Matthew Fitzpatrick: a fellow Englishman just a mere 21 years younger than the veteran – who added a second straight 68 to be 8-under.

No Englishman has ever won THE PLAYERS.

Predictably unpredictable: As has often been the case, THE PLAYERS Championship continues to be one of the greatest challenges in golf with a huge variety of player in the mix for the golden trophy and five-year PGA TOUR exemption. Plotters, bombers, veterans, young guys, tall guys, short guys, big guys, small guys – you name it, it’s in contention at TPC Sawgrass.

DeChambeau and Rahm rev up: Resilience in the face of adversity is critical on the diabolical Pete Dye layout and both Bryson DeChambeau and Jon Rahm showed plenty on Friday. The pair are quietly lurking and ready to pounce on the weekend.

Denny McCarthy in the mix after hole-in-one: McCarthy already has a huge win in the Jacksonville area, but a perfect shot in Friday’s second round now has the 28-year-old primed and just three shots off the pace.

Early Exit: The second round was not officially completed – with eight players left to complete the round when darkness halted play – but there were still plenty of big names who won’t be returning on the weekend. Defending champion Rory McIlroy (+10) was the biggest surprise with fellow former PLAYERS champions Rickie Fowler, Henrik Stenson, Matt Kuchar and Webb Simpson also out of the running of another title. Others surprisingly done early include Tommy Fleetwood, Viktor Hovland, Tony Finau, Xander Schauffele and Patrick Cantlay.

BRYSON DECHAMBEAU (69-69) – FedExCup leader now has ninth under-par score in 10 rounds at the event and is just three back.

DUSTIN JOHNSON (73-70) – Went four deep on his first nine Friday, but a late double bogey dropped him to T36.

JORDAN SPIETH (70-74) – Doubled the 14th hole and dropped two shots in his last three holes to sneak into the weekend on the number.

PHIL MICKELSON (71-72) – Veteran makes the cut despite rollercoaster that had six birdies, three bogeys and a triple bogey.

COLLIN MORIKAWA (71-73) – Two birdies in opening eight holes had him threatening to make a move but fell apart and needed to make a final hole birdie from 9-feet to play on.

JASON DAY (70-71) – The 2016 champion leads the field in Strokes Gained: Off-the-Tee and is one of just three players to be bogey free on the back nine holes.

THE PLAYERS Championship includes the chance to watch “Every Shot Live” but if you missed any today here are some of the best. Be sure to watch your favorite player tomorrow!