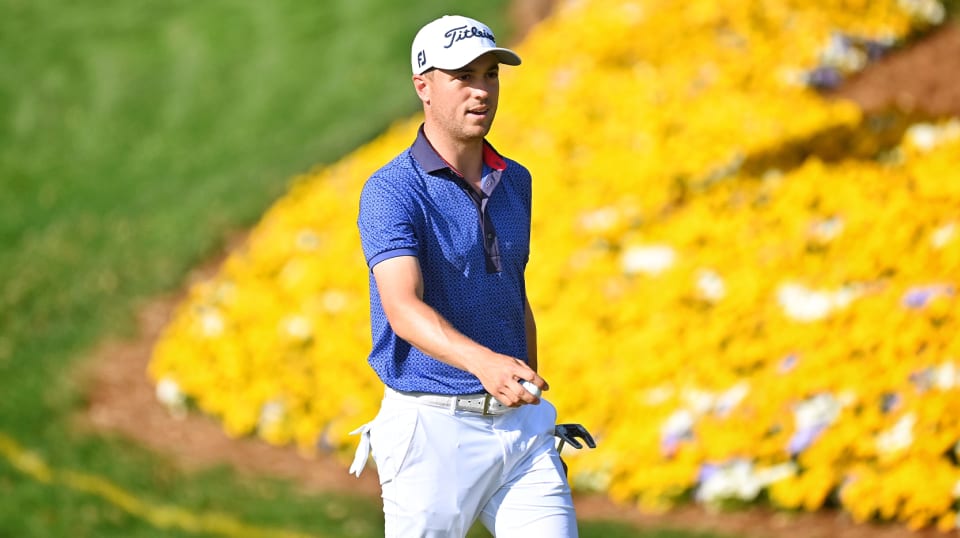 A quick look at Sunday’s final round at THE PLAYERS Championship.

Justin Thomas (71-71-64-68) – With three holes to go on Friday, Justin Thomas looked more likely to miss the cut then win THE PLAYERS. But two birdies on those final three ensured he was able to stick around for the weekend.

A Saturday 8-under 64 rocketed the former FedExCup winner into contention and then on Sunday – despite missing three short birdie looks and a short par putt in his first eight holes – Thomas stayed patient.

His charge came courtesy of a birdie-birdie-eagle-birdie run around the turn to wrestle the lead from Lee Westwood and while the Englishman came back at him, Thomas rode his ball striking to 17 of 18 greens and a 14th PGA TOUR victory.

Thomas becomes only the fourth player to win a major, THE PLAYERS Championship, the FedExCup and a World Golf Championships.

It was an emotional win with the Thomas family not far removed from losing a patriarch in his grandfather Paul. Father Mike – who like Paul was a golf pro that helped shape Justin’s game – was clearly overwhelmed by it all.

For more on the nuts and bolts of the win, click here.

Lee Westwood – 72 (13 under, 2nd) – Made the turn 1-over on his round, but still had the lead until Thomas went on a huge run. After falling two behind through 13 holes, the Englishman produced a brilliant birdie on the 14th that tied the lead when Thomas stumbled. Unfortunately, he was unable to birdie the 16th and would three-putt the 17th for bogey – ending his quest to be the first Englishman to win THE PLAYERS. “The week has been great. I didn’t play my best golf today by any stretch of the imagination, but I battled it out. I was proud of myself for that,” Westwood said.

Bryson DeChambeau – 71 (12 under, T3) – A double bogey on the par-4 4th hole sent the FedExCup leader backwards early, but he refused to give in and an eagle on 16 meant a birdie-birdie finish could have instituted a playoff. Alas his tee shot on 17 was just inches short of catching a slope that would have given him a short putt, and his birdie try didn’t fall. “It just seemed like something wasn’t going my way today for some reason. Just I could feel it. It was weird,” he said. “(But) I can play on golf courses that don’t really suit me. That’s a big lesson.”

Brian Harman – 69 (12 under, T3) – A birdie on the 17th hole gave Harman a little hope, but he was unable to do the same on 18 to add some pressure to Thomas’ finish. His T3 was his best finish since the same result at the 2019 A Military Tribute at The Greenbrier.

The Top and the Slice: The beginning of the end for Lee Westwood and Bryson DeChambeau came on a wild 4th hole. DeChambeau produced a topped tee shot before breaking his 4-iron on a subsequent shot. Westwood hit a wild slice off the map.

Not so great Scott at 17: Australian Adam Scott had owned the par-3 17th hole – hitting the best shot of the day on the iconic island green over the first three rounds. But on Sunday, as he eyed a record for proximity to the hole over four days – the 2004 PLAYERS champion found the water. Check out how 17 played over all four rounds here.

DUSTIN JOHNSON (73-70-73-71) – The only par on his back nine Sunday came at the par-5 11th. Otherwise, he had five birdies and three bogeys in the stretch to ultimately finish T48.