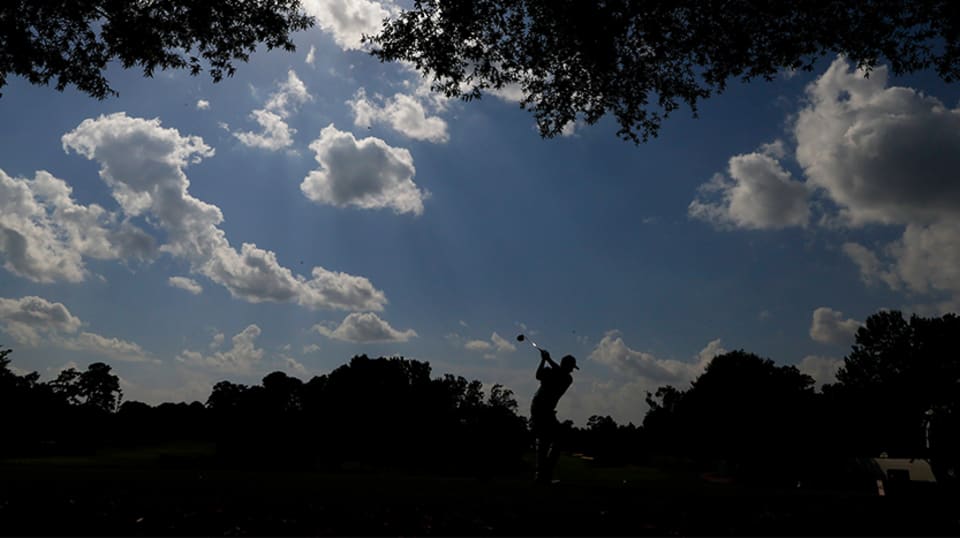 It was just a few days ago that we crowned a FedExCup champion. There’s no rest for the world’s best, however, especially in today’s unique circumstances.

After an unprecedented season that was put on hold by a pandemic, the PGA TOUR embarks on a super-sized campaign that features 50 events, including six major championships.

The largest PGA TOUR schedule since 1975 starts Thursday with the first round of the Safeway Open in Napa, California.

The winner of the 2021 FedExCup, which will be decided Sept. 5 at East Lake Golf Club, will have endured a marathon march to the PGA TOUR’s ultimate prize.

To prepare you for this monster season, PGATOUR.COM’s writers convened for a roundtable discussing the season’s hot topics.

SEAN MARTIN: Rory McIlroy. Now that his first child has safely arrived, I think McIlroy will have a banner year. He already has a good grasp of things, but players always say that the added perspective that comes with fatherhood helps their game. If that’s the case, it could be a big year for McIlroy.

CAMERON MORFIT: I think we could be entering the Jon Rahm era. I liked the way he shrugged off that mental lapse and one-stroke penalty to win the BMW Championship, and the fact that he prevailed at two of the most maddening courses we’ve seen in a while, Olympia Fields and Muirfield Village, speaks volumes, as well. He’s a mega-talent, and he’s on the rise.

BEN EVERILL: With so much of the landscape yet to be clear you have to lean to the tried and true. It would be easy to suggest McIlroy (good choice Sean), Rahm (no arguments Cam), Justin Thomas or Dustin Johnson and I think it likely comes from that quartet. I am going to throw one out a little from left field, however. Xander Schauffele. He won at East Lake in 2017 and was runner-up in 2019, so he has an affinity for the site of the season finale.

SEAN MARTIN: Sam Burns. It wasn’t that long ago that he was the NCAA player of the year and then made a splash with his performance at The Honda while playing alongside Tiger Woods. He’s still just 24 years old and I think this is the year that he gets that first TOUR win.

CAMERON MORFIT: Lanto Griffin still flies pretty far under the radar, and I think we haven’t seen his best yet. He looked built for biggest stages at the major-esque BMW Championship (T10) and was also T19 at the PGA Championship.

BEN EVERILL: Cameron Davis. The young Aussie is starting to find his feet, contending at times and getting some valuable experience under the gun. But outside of my Aussie bias look to Abraham Ancer and Viktor Hovland. I think their rise will continue.

3. There are six majors this season. Who wins the most and how many?

SEAN MARTIN: Jon Rahm. He won on two of the four hardest courses this season. Muirfield Village and Olympia Fields were playing like major-championship venues. He has back-to-back top-10s at the Masters, finished T3 in the most recent U.S. Open and we’ve seen him pick up two Irish Opens on links courses. Sign him up for wins at one of the two Masters and the U.S. Open at Torrey Pines, the site of his first PGA TOUR victory.

CAMERON MORFIT: Bryson DeChambeau. I know he’s not playing great at the moment, but I don’t know how you defend against that length advantage at Augusta National, and there are two Masters. It feels like he’s going to figure it out.

BEN EVERILL: Jon Rahm is the most likely on paper, even though he hasn’t yet won a major. But he has an all-around game that is proven at Augusta and also Torrey Pines where he’s won before. Those who know me, though, will not be surprised to hear me say Jason Day and Marc Leishman are two you should not sleep on. Day has five U.S. Open top-10s, including two runners-up, and has two TOUR wins at Torrey Pines. He has four top-10s, including a second and third, at Augusta. Leishman has form at Torrey Pines also with a win, he’s a proven links golf performer and has threatened at the Masters.

4. More likely to win another major: Rory, DJ or Brooks?

SEAN MARTIN: Rory has two shots at the career Grand Slam and the PGA is returning to Kiawah, where he won by eight. But I’m going to vote DJ. At 36, and with length to spare, he still has plenty of good years ahead of him.

CAMERON MORFIT: Ordinarily I’d say Brooks, but I don’t really know about the status of his knee/hip, and he had a dud of a season. DJ has his own issues, and has dealt with a bit of bad luck, besides. I guess I’d go with Rory.

BEN EVERILL: All three will win another one at least, but first I’ll go with the new dad, Rory. He will ride the rollercoaster but appears to me as the type of guy who will turn perspective into performance.

5. What does Collin Morikawa do for an encore?

SEAN MARTIN: Adjusting to life as a major champion can be difficult but he has a good head on his shoulders. He’s obviously capable of more, but I think following his breakout season with even just one win can be considered a success. Winning multiple times in a year isn’t a guarantee even for the best players. For perspective, consider that 2020 was the first multiple-win season of Jon Rahm’s career.

BEN EVERILL: Depends on how long we play without on-site spectators. In the current climate I’m with Cam, he probably wins at least once. If the fans are back, I want to see him down the stretch of the big events trying to adjust to that norm. He will figure it out, of course, but it might take a minute.

6. Which first-time TOUR Championship qualifier has the best chance of returning in 2021?

SEAN MARTIN: Morikawa is the obvious answer, but among players who have played multiple seasons on TOUR, I’m going to pick Cameron Champ. The long hitter displayed increased consistency this season thanks to improvement with his scoring clubs. Distance is always an advantage and it doesn’t waver week-to-week. Improving his short-iron play will allow him to take advantage of his prodigious length.

CAMERON MORFIT: I’ll go with Scottie Scheffler. He seems pretty unphased, and to shoot 59 like that was impressive. The only surprise is that he hasn’t won yet.

BEN EVERILL: Joaquin Niemann. While I think he will continue to be a little streaky in his youth, I think his talent will see him win again and as such be in great shape for a return to East Lake. Viktor Hovland will be back also.

SEAN MARTIN: Scottie Scheffler seems to be the easy answer.

SEAN MARTIN: Next to Augusta National, Torrey Pines might be the course that has been most important to his legacy. Setting the PGA TOUR wins record by winning another U.S. Open at Torrey Pines would be storybook stuff. Perhaps instead of holding off a grizzled veteran like Rocco Mediate in a playoff, he will beat back a young up-and-comer like Morikawa.

CAMERON MORFIT: Sherwood Country Club, the fill-in host of THE ZOZO CHAMPIONSHIP @ SHERWOOD. When the Hero World Challenge was held there, from 2000 to 2013, Tiger finished first (five times) or second (five times) in 10 of 12 starts. That’s enough for me.

BEN EVERILL: Can’t fault both answers above, although the U.S. Open setup might prove tough for an aging Woods. I’ll plump for Augusta since we play there twice inside six months.

9. Does Phil Mickelson have another PGA TOUR win in him?

SEAN MARTIN: I have to be honest, I don’t think he does. He has the swing speed, but he appears to struggle with keeping his energy and focus at high levels for 72 holes.

CAMERON MORFIT: Fred Funk and Craig Stadler each won on TOUR after they turned 50, and each of them had won on PGA TOUR Champions when they did it. Mickelson is obviously in a different class. He’ll definitely win again.

BEN EVERILL: Yes, if he varies his schedule a little. No, if he only plays limited times against stacked fields. I can see Mickelson winning the season opener at Safeway if his mind hasn’t moved ahead a week, and I guess contrary to my above statement places like Riviera and Pebble Beach will always offer Phil a chance to thrill again.

SEAN MARTIN: I think Adam Scott. Class is permanent and he would have made East Lake if he had played more. His truncated schedule was caused by the pandemic, so I think a full schedule will be enough for him to return to the TOUR Championship.

CAMERON MORFIT: I’ve got to go with Jason Day. Although it was too little, too late, he seemed to find something toward the tail end of this season. If he carries whatever that was into the coming season, watch out.

BEN EVERILL: THUD! That was the sound of me hitting the floor after hearing two Aussies come out of the guys above! Of course, I agree both will return! As stated above, Day has the benefit of a major schedule that fits his game, so if he’s healthy and switched on he will not only return to East Lake, he’ll be there to win it.