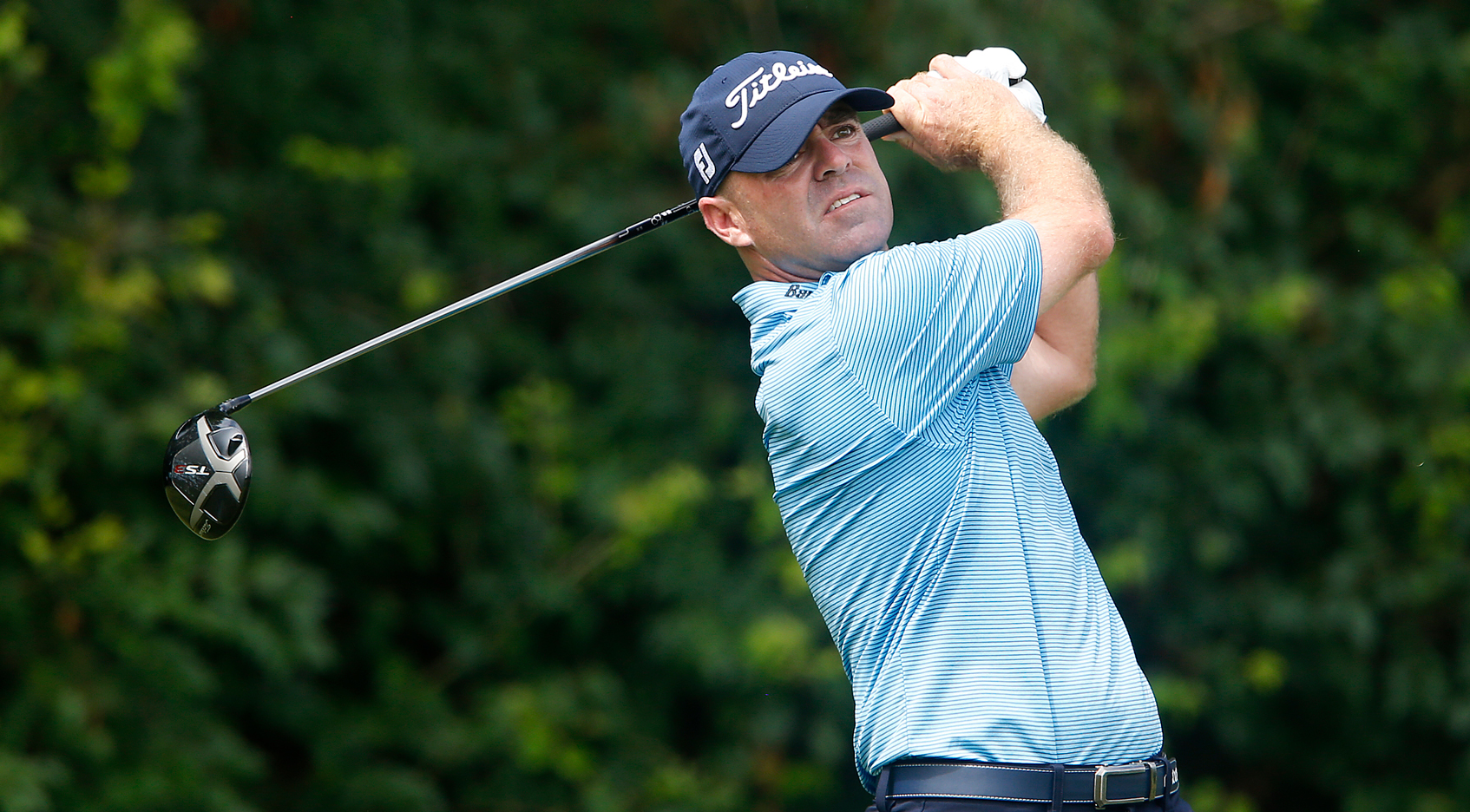 SOUTHAMPTON, Bermuda – Ryan Armour admits there are certain PGA TOUR courses on which he cannot contend.

He doesn’t hit it far enough.

“I mean, Torrey Pines … I could play as good as I can at Torrey … putt great, drive it great, and still finish 10th,” Armour said. “I probably cannot compete to win there. I just don’t have enough scoring clubs in my hands to make enough birdies.”

And he’s OK with that.

By staying true to his game, Armour has maximized his career. Keeping the ball in play, giving himself birdie chances, and trusting his process. The Ohio native has made 188 PGA TOUR starts, in addition to 241 on the Korn Ferry Tour. He’s a TOUR winner at the 2017 Sanderson Farms Championship.

At age 44, he’s positioned to chase his second TOUR title.

The Ohio State alum drained a curling 15-footer for birdie at his final hole Thursday, the par-4 ninth at Port Royal GC, to post an opening-round, 7-under 64 at the Bermuda Championship.

With a bogey-free effort on an increasingly windy Thursday afternoon, Armour stands just one back of leader Peter Malnati.

Armour knows that on certain courses, he has a good chance as anyone. The 6,828-yard, par-71 Port Royal layout is one of them with a T8 finish in last season’s inaugural Bermuda Championship.

“It’s not the easiest golf course,” Armour said. “It’s got its quirks, and you’ve got to go from Point A to Point B and take your chances with how many looks you get throughout the day. You can’t really overpower this place, which is good for me.”

A decade ago, Armour’s mind was in a different place.

As he evaluated ways to get better, he decided to implement a routine that would improve his driving distance by 15 or 20 yards. He wanted shorter clubs into the greens, more scoring opportunities.

“I was trying to just get from a high-260s carry to a mid-280s carry,” reflected Armour after the opening round in Bermuda. “I just kind of went crooked, and I can’t play golf that way. I don’t hit it long enough to play out of the rough.

“So for me, fairways, give myself as many opportunities as I can, and try to hole some putts.”

Armour played the Korn Ferry Tour from 2009 to 2012, hitting a low point in that fourth season, where he made just four cuts in 26 starts and lost his card. He had fallen from the PGA TOUR to mini-tours.

Propelled by the support of his wife Erin and two sons, Armour refused to let that be the final verdict. He knew his capabilities, and he returned to a playing style that led him to the TOUR in the first place.

Various tweaks on and off the course – commitment to health and fitness, elevating the ball, hitting a variety of shots – have led him to the best golf his career. Korn Ferry Tour success in the mid-2010s, and TOUR success thereafter.

Much has been made of Bryson DeChambeau revolutionizing the game via a combination of bodily changes and equipment adjustments to overpower courses.

Armour, though, is living proof that successful golf can be played in a variety of ways.

“I give him mucho props, tons of props for that. I just don’t know at this time in my life if I could do what he’s doing.”

He doesn’t need to.