The rains came Saturday at Augusta National, although only strong enough to soften the course and lead to some low scores. Here’s how things look heading into the final round of the Masters, where Patrick Reed is on the precipice of a breakthrough win:

What it means: Reed started the day with a two-shot lead, but after McIlroy chipped in for eagle on No. 8 the two men were tied. From that point, Reed steeled his nerves and put on a show, adding an eagle on No. 13 and topping that with a chip-in eagle two holes later. It added up to a 5-under 67, giving Reed a three-shot advantage as he looks to slip into a green jacket for his first career major victory.

Round of the day: McIlroy kept alive his hopes of the career Grand Slam with a 7-under 65, capped with a 25-foot putt on the final hole that ensured him a spot next to Reed in Sunday’s final pairing. McIlroy already had three birdies before his chip-in eagle on No. 8, then scrambled to save par out of the azaleas behind the 13th green. He added two more birdies coming home, including an emphatic putt on the final green.

Best of the rest: Fowler struggled on the greens during the second round, but the putts were falling on Saturday. Fowler carded a bogey-free round at Augusta National for the first time in his career, as a 7-under 65 earned him a spot in the penultimate pairing. Fowler got started with an eagle on the par-5 second and added five more birdies from there, including three in a four-hole stretch from Nos. 5-8.

Biggest disappointment: Marc Leishman had a front-row seat for Reed’s impressive performance in the day’s final pairing, but he couldn’t match any of the fireworks. On a day when the leaderboard was chock full of red numbers, Leishman didn’t post a single birdie and seemed largely out of sorts while shooting a 1-over 73 that dropped him eight shots off the pace.

Main storyline heading into Sunday: All eyes will be on the final pairing, a reprisal of the most electric match from the 2016 Ryder Cup at Hazeltine. Reed has a solid lead with only 18 holes to go, but he need only ask McIlroy about what can happen from the pole position during the final round at Augusta National. Buoyed by a final-hole birdie, McIlroy now has a great chance to win the event that has most eluded him, while Reed has a chance to beat one of the best fields ever assembled en route to joining the illustrious list of major winners.

Shot of the day: Reed got some separation thanks to a pair of shots on the par-5 15th, first going for the green from 268 yards away in wet conditions and then chipping in from short of the green for eagle from a similar spot to where Greg Norman famously lipped out a similar shot in 1996.

[email protected] extends his lead to five after recording his second eagle of the day on No. 15. #themasters pic.twitter.com/U0xRtG52q7

Quote of the day: “All the pressure’s on him tomorrow … I’m hoping to come in and spoil the party.” – McIlroy 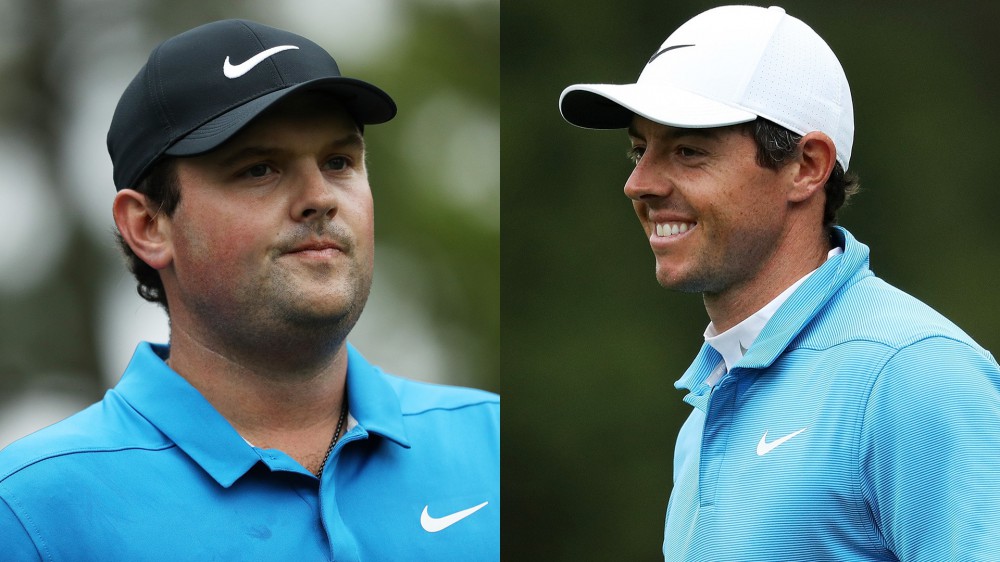