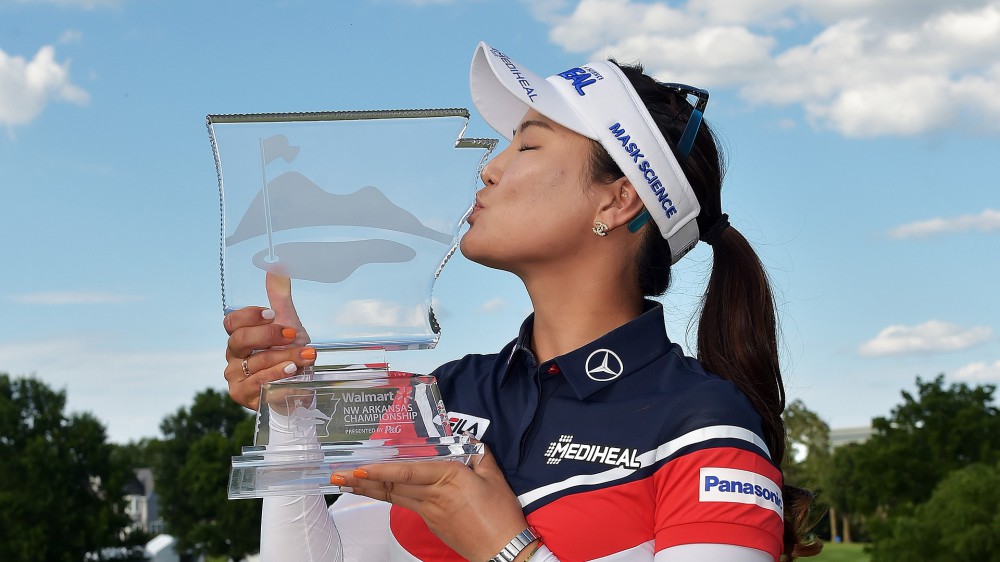 So Yeon Ryu will head to suburban Chicago and the KPMG Women’s PGA Championship on Monday as the new Rolex world No. 1.

Ryu’s victory Sunday at the Walmart NW Arkansas Championship made her the first two-time LPGA winner this year, ending the tour’s run of 15 different winners over its first 15 events.

The new Rolex Women’s World Golf Ranking calculation posted about an hour after the tournament ended shows Ryu moving to No. 1 over Ariya Jutanugarn, who passed Lydia Ko as No. 1 just two weeks ago.

“Dreams come true,” Ryu said. “I always dreamed about it. I cannot believe it. I didn’t expect two good things coming together.”

Ryu set up her victory in Arkansas with a tournament-record 61 on Saturday, giving her a five-shot lead going into the final round.

“I was really nervous last night because I had a five-shot lead,” Ryu said. “When you have a five-shot lead, everybody is `For sure, you’re going to win the tournament,’ but this is golf. I shot 10 under yesterday, so that means somebody has a chance to shoot 10 under as well.”

Ryu is the 11th player to ascend to No. 1 since the world rankings were initiated in 2006.

Ryu will head to the KPMG Women’s PGA as the only player with a chance to win the Grand Slam. She won the year’s first major championship, the ANA Inspiration in April, defeating Lexi Thompson in a playoff after a four-shot penalty was assessed to Thompson on the back nine in that Sunday finish. It was Ryu’s second major. She won the U.S. Open in 2011.

It’s been a terrific year for Ryu, whose ANA victory was part of a run of eight straight top 10s to open the year. With her victory Sunday, her fifth career LPGA title, she doesn’t just move to No. 1 in the world rankings. She moves to No. 1 on the LPGA money list ($1,212,820) and to No. 1 in the Race to the CME Globe standings (2,195 points).

“I really want to appreciate everyone who has been supportive of me, to make me the No. 1 player in the world,” Ryu said. “I know it’s going to be a lot of pressure, and I know I can handle a lot of different things.”