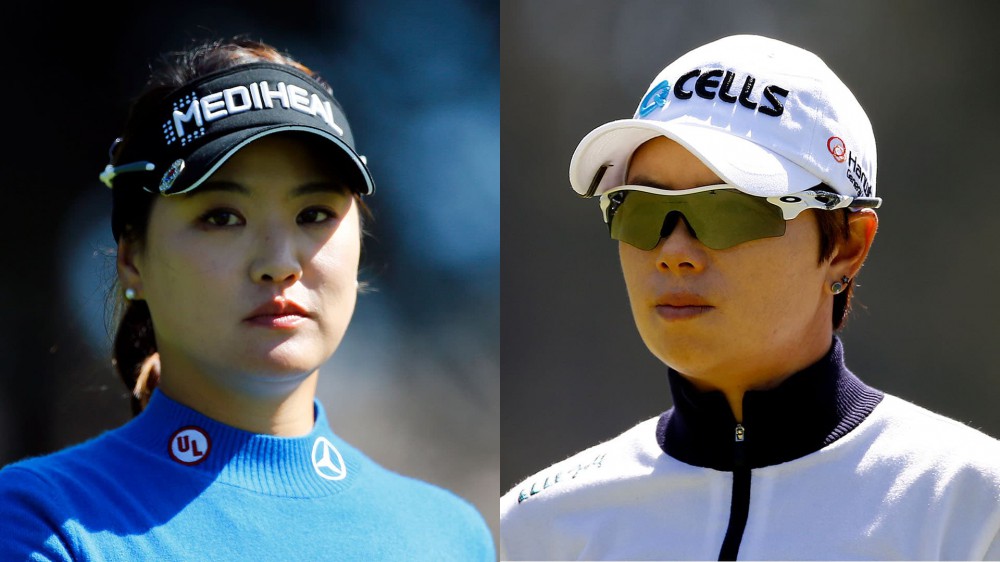 A week after being rigorously tested at Wilshire Country Club in Los Angeles, the women are getting an equally classic examination at Lake Merced Golf Club outside San Francisco.

Nobody here is surprised that a pair of U.S. Women’s Open winners quickly climbed atop the leaderboard Thursday at the Mediheal Championship.

So Yeon Ryu and Eun Hee Ji each shot 5-under 67 in the morning wave to go one shot up on Taiwan’s Peiyun Chien and two ahead of Aza Munoz, Moriya Jutanugarn, Charley Hull and Maria Torres.

With its lush, thick rough and towering Monterrey pines and cypress trees, Lake Merced feels as if it could easily host a U.S. Women’s Open. In fact, it was scheduled to do that back in 2003, before some club-management issues prompted the USGA to play it at Pumpkin Ridge that year.

“To be honest, we have a lot of golf courses where it’s really more of a putting contest,” Ryu said. “This golf course is definitely not a putting a contest. For sure, you have to putt well, but if you’re not a great ball-striker, you aren’t going to get many birdie putts.”

Ryu, the former Rolex world No. 1, has long been one of the tour’s best ball-strikers.

Ji, 32, is proving pretty formidable herself again this year. She’s seeking her sixth LPGA title, her second this season. She likes that Lake Merced won’t allow big hitters to play bomb-and-gouge with impunity. She isn’t among the tour’s long hitters, but she ranks 13th in driving accuracy this season.

The greens may be softer than usual this year, but players still don’t want to putt from above the hole.

“It’s really a challenge on every hole, especially the tee shots,” Ji said. “You have to hit the fairway, if not, you’re in trouble. The greens are really tough, too.”

Ryu, 28, is seeking her seventh LPGA title, her first this season. She wasn’t happy with her start to 2019, with just one top-10 finish in her first six starts. She saw her run of 124 consecutive weeks among the top 10 in the world rankings – which included 19 weeks at No. 1 – end two weeks ago, when she slipped to No. 11. She climbed back to No. 9 this week.

After huddling with her coach, Cameron McCormick, at the ANA Inspiration, Ryu says her game’s elevating again, just in time for this week’s test. There’s confidence here knowing she’s more in control again.

“Having two major championships under my belt, it helps on a tough golf course like this, just knowing I’ve done it on even tougher courses,” Ryu said.

Ryu logged her first top 10 this season at the Lotte Championship two weeks ago.

“She’s really starting to see everything swing in the right direction,” said her caddie, Mike Paterson.

Ryu said part of that has come from tuning up her thinking after that sluggish start.

“There was frustration, just from the high standards,” Ryu said. “I battle with that every year.

“When people talk about what a consistent player you are, there’s pressure with that. When you aren’t so consistent, you are kind of mad at yourself, for not being great enough for the expectations other people have. I’m working on that, trying not to let goals come from the outside.”

Ryu said part of her work with McCormick was changing the way she talks about her game, being less negative in her choice of words.

“I’m trying to be kind to myself,” Ryu said.

That was easy with all the good shots and putts she made in her quick start at Lake Merced.