NAPLES, Fla. – So Yeon Ryu wouldn’t be playing this week if so much wasn’t at stake in the season-ending CME Group Tour Championship.

She aggravated her ailing right shoulder hitting a wedge shot at the seventh hole Thursday, so much so that she took a detour on her way to the 10th green making the turn at Tiburon Golf Club. She ducked into the LPGA fitness trailer, where a physiotherapist worked on her shoulder.

It helped Ryu open with an even-par 72, six shots off the lead.

Ryu is looking to nail down the Rolex Player of the Year Award this week and maybe take back the Rolex No. 1 World Ranking, not to mention win the tournament and the $1 million CME Globe season-long jackpot. If she wins the tournament, she could also win the LPGA money-winning title.

Ryu hurt herself in Malaysia three weeks ago and then played through pain at the Toto Classic in Japan two weeks ago, before taking last week off to rest. She withdrew from the CME pro-am on Wednesday on her doctor’s advice.

Hitting that wedge shot at the seventh hole Thursday hurt.

“I could really feel the back of my shoulder get tight,” Ryu said.

The physiotherapist gave Ryu a quick massage on her way to the 10th tee.

He just released the muscle, then I taped it a bit for more support,” Ryu said. 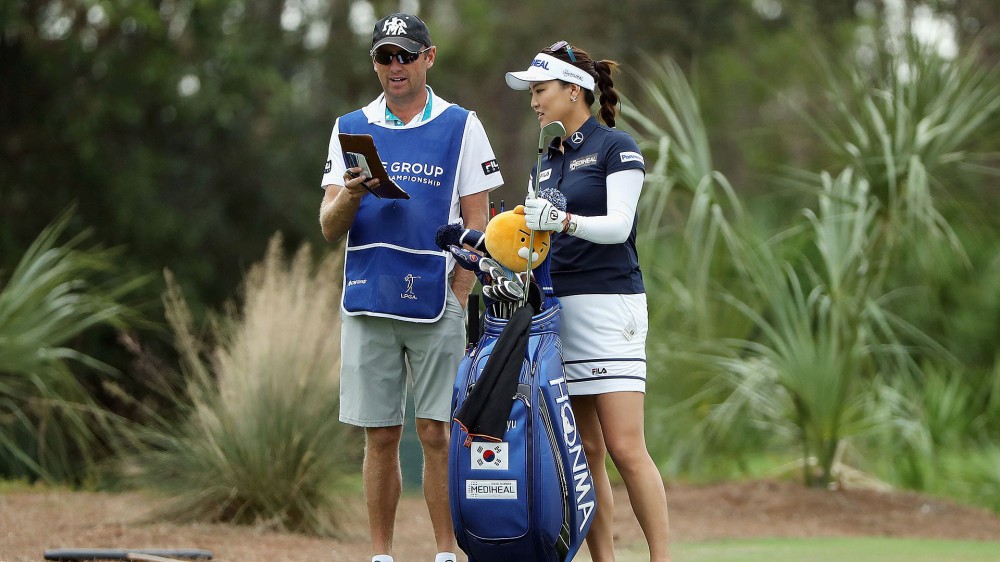 The two worlds of Tiger Woods on display at PNC Championship