With her victory Sunday at the Canadian Pacific Women’s Open, Sung Hyun Park moved into position to make a run at an LPGA awards sweep that hasn’t been achieved in four decades.

Park, 23, is in position to join Nancy Lopez as the only players to win the LPGA’s Rookie of the Year and Player of the Year awards in the same season. Lopez did it in 1978.

With 11 LPGA events left this year, Park is also in position to join Lopez as the only players to sweep Player of the Year, Rookie of the Year, Vare Trophy for low scoring average and the LPGA money title in the same season.

There’s even greater claim Park can make to the year in women’s golf. Her victory Sunday moves her into position to make a run at becoming the Rolex world No. 1 before the year is out. Park climbed one spot on Monday to No. 3 in the world rankings.

Park, who won the U.S. Women’s Open in July, is running away with the Louise Suggs Rolex Rookie of the Year race. She has 1,285 points, more than double Angel Yin, who is second on the rookie points list. A victory is worth 150 points, with points doubled at the Evian Championship next month.

Park tightened the Rolex Player of the Year race, moving to second behind So Yeon Ryu, who has 150 points. Park has 130. A victory is worth 30 points, with points doubled at Evian.

Park is also now second in scoring average, improving to 69.00, which is just .017 behind Lexi Thompson. 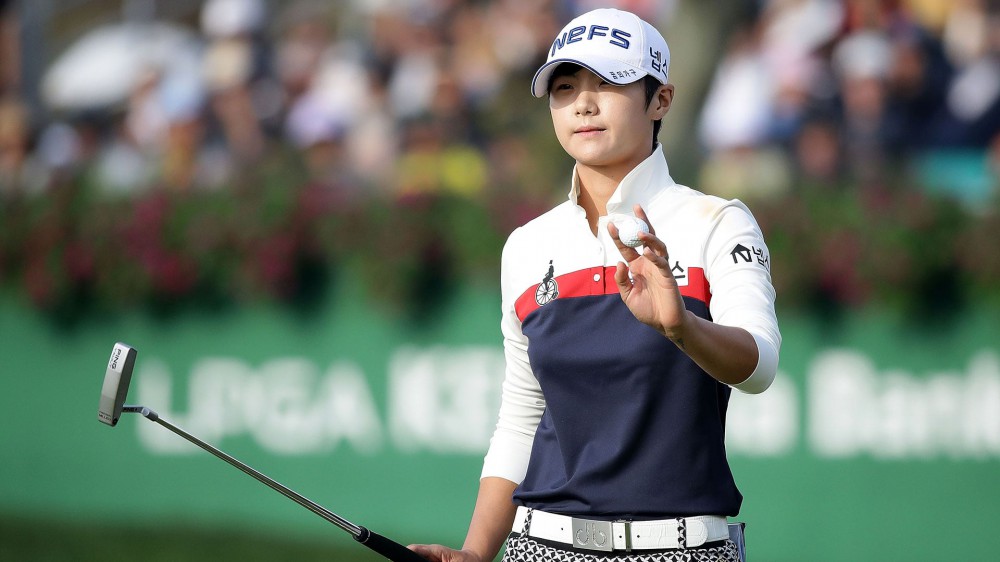