Sung Hyun Park’s hot finish Friday gives her more than a chance to win the Indy Women in Tech Championship.

It gives her a chance to keep Ariya Jutanugarn from running away with the LPGA’s most important awards and honors heading into the final third of the season.

Park’s 9-under 63 left her tied for the lead with Lizette Salas (69) at 13 under overall in the rain-suspended second round at Brickyard Crossing Golf Course in Indianapolis.

“My best round of the year,” Park said through a translator.

Jutanugarn, the Rolex world No. 1, put up a 65 and sits four behind the leaders.

Park is No. 4 in the world rankings and feeling good about her weekend chances.

“I’m going to do really well,” she said. “I feel really good about my game.”

Jutanugarn has won an LPGA best three times this season, including the U.S. Women’s Open. She is dominating, statistically. She leads the tour in money winnings ($2,161,185), Rolex Player of the Year points, scoring average (69.44), putts per greens in regulation (1.72) and birdies (327).

Park is looking to equal Jutanugarn’s victory total for the season. Park won the Volunteers of America Texas Classic and also a major this year, the KPMG Women’s PGA Championship.

Park could overtake Jutanugarn as Rolex world No. 1 with a victory, depending on what Jutanugarn does this weekend.

Park shared Rolex Player of the Year honors with So Yeon Ryu last season, with Jutanugarn winning the award the year before.

Notably, Jutanugarn is giving her driver a rare appearance this week, putting it in her bag in both the first and second rounds at the friendly confines of Brickyard Crossing.

“I like the way [the holes] set up, because I’m ab le to hit driver a few holes,” Jutanugarn said. “I missed some, but I hit a few pretty good ones, too.” 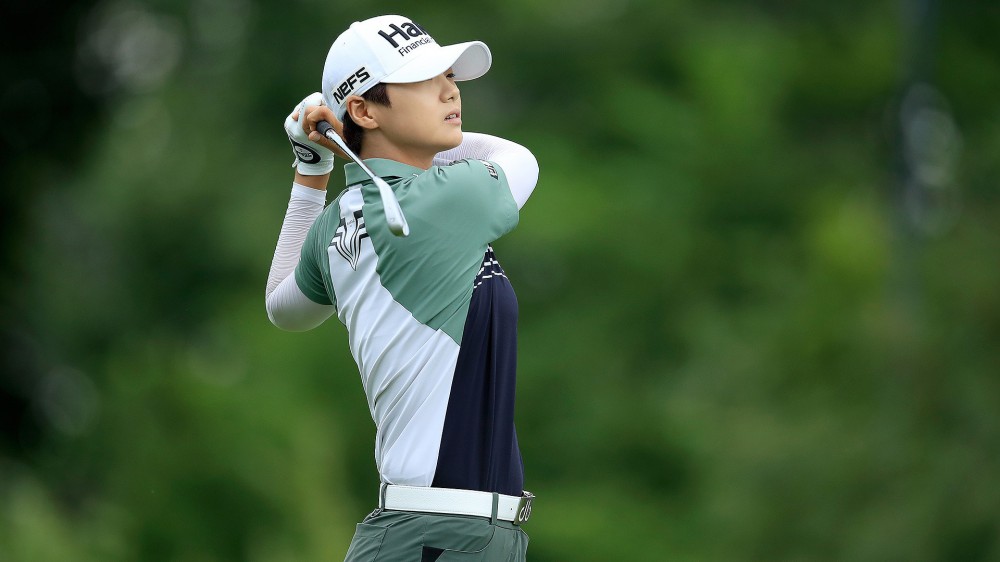