Salas making charge at Founders with Solheim Cup in mind

PHOENIX – Lizette Salas wasn’t going to squander a weekend reprieve and a chance to bolster her Solheim Cup position.

With the American team looking especially difficult to make this year, Salas took advantage of what felt like a bonus chance Saturday at the Bank of Hope Founders Cup.

When Gemma Dryburgh bogeyed the 18th in the final pairing early Friday evening, she bumped the cut line to 1 under, allowing 16 more players into weekend play.

Salas was one of them.

“I totally thought I was out of it yesterday, but you never know,” Salas said. “I really took advantage the fact that I am playing the weekend. I was happy with this round today.”

Salas shot a 5-under-par 67 to move into the middle of the pack. She will be looking to make another big move in Sunday’s final round. Americans who finish among the top 20 on Sunday will earn Solheim Cup points.

Salas, a three-time Solheim Cup veteran, is fifth on the American points list. The top eight at the conclusion of the CP Women’s Open in August will qualify to make the team headed to Scotland in September. The top two in the world rankings who didn’t make it on points will also qualify.

“I’m in the fifth spot, but I’m going to keep telling myself I’m not safe,” Salas said. “There is so much talent coming up, with some rookies who could make a charge this year.”

“I have a feeling this year might be the most different team I’ve been on,” Salas said. “You have new moms trying to make a run to make the team, and we are hoping for that. Stacy and Gerina are such good, solid Solheim players. But we have some up-and-coming players. It’s going to be very interesting going into the majors and coming down the stretch.”

Here are the top 20 in the U.S. standings and their Solheim Cup points: 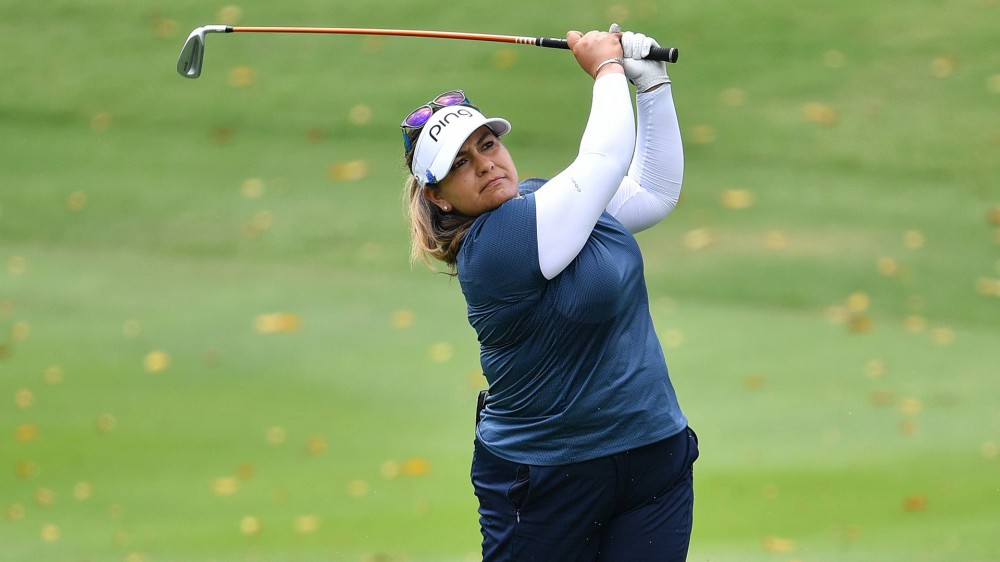