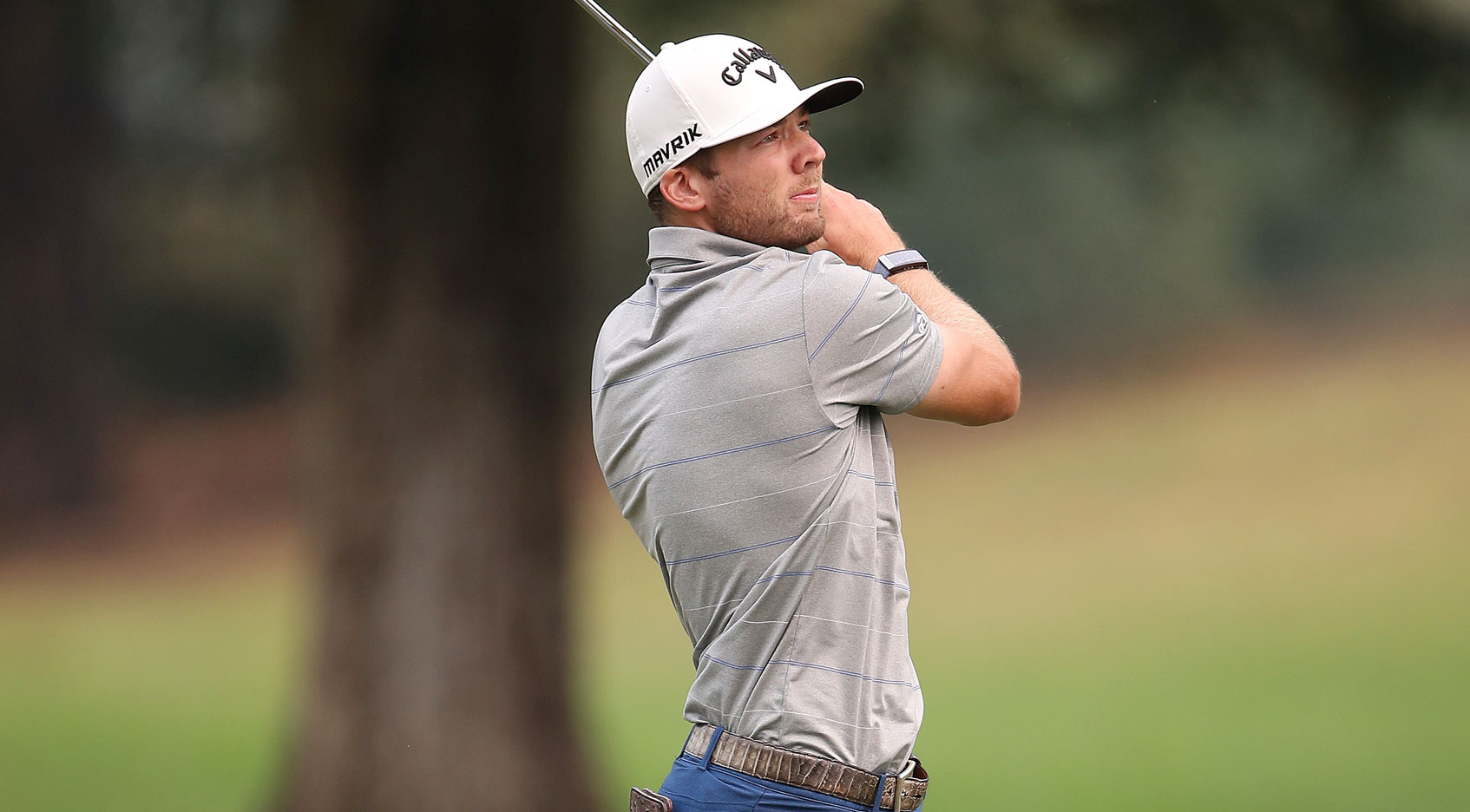 NAPA, Calif. — Sam Burns overcame an early double bogey and used steady iron play and strong putting to take the Safeway Open lead Friday. Harry Higgs was right behind, cutting his deficit in half with his last swing.

Burns made nine birdies in a 7-under 65 to get to 15 under at Silverado Resort, with Higgs two strokes back. Higgs closed with an albatross for a 62, the best round of the day in the PGA TOUR’s season opener.

Burns began the day a shot off the lead and started on the back nine. He ran into immediate trouble when his tee shot on the 160-yard, par-3 11th went into the water. After a drop, Burns got onto the green in three and two-putted from 14 feet.

Burns quickly turned that disappointment into motivation. The 24-year-old from Louisiana birdied the next three holes. After making the turn at 3 under for the round, Burns birdied Nos. 1, 4, 5 and 9.

“Woke me up, I guess,” Burns said. “It picked me up, like ‘Hey let’s go.’ Just kind of stuck with it and the golf course opened up for me the rest of the day.”

“What a wonderful way to end the day and also just really weird,” Higgs said. “Being the last hole, it’s so final. I hope that I can like calm down. My brother and I were joking, I was looking forward to a nap all day long and I might be too jacked up now to actually fall asleep.”

Higgs didn’t see the ball roll into the cup and wasn’t even certain what happened. With no fans and minimal spectators, there was no immediate reaction other than a few people who were standing nearby.