ORLANDO, Fla. – This is a big week for Sam Saunders. Always has been. But for as much as Saunders has done for his grandpa’s tournament, he arrived this week at Bay Hill looking to focus more on his golf.

In each of the past three years, Saunders has missed the cut at the Arnold Palmer Invitational, as he’s tried to balance off-course obligations with the on-course expectations of being Arnold Palmer’s grandson.

“I put a lot of pressure on myself this week,” Saunders said. “I’ve gotten very comfortable playing on the PGA Tour, but I have yet to be comfortable playing here yet in this event. I think I just want to do well, and I have so many people supporting me. But I’m not trying to (just) make the cut here. I’m not trying to have a good finish. I’m playing in PGA Tour events to try to win, and I need to treat this event the same way.

“It means the world to me, obviously, and I want to make everyone proud; but the only way I can do that is just stay in my own world out there and just get my job done.”

Saunders didn’t quite heed his own advice in Thursday’s opening round, as he shot 1-over 73 and found himself staring at another early exit. But Thursday evening, Saunders’ wife, Kelly, gave her husband a pep talk.

“She’s pretty tough,” Saunders said, “but basically [she said], ‘Hey, go get it done. You know what you’re doing out there. Don’t think about the other stuff. Get some rest and just go out there with a good attitude tomorrow and stop worrying about all the [other] things.”

Saunders responded Friday with a second-round, 4-under 68. It was his second-best score in 28 API rounds and moved him to 3 under, which has him T-17 on the leaderboard. 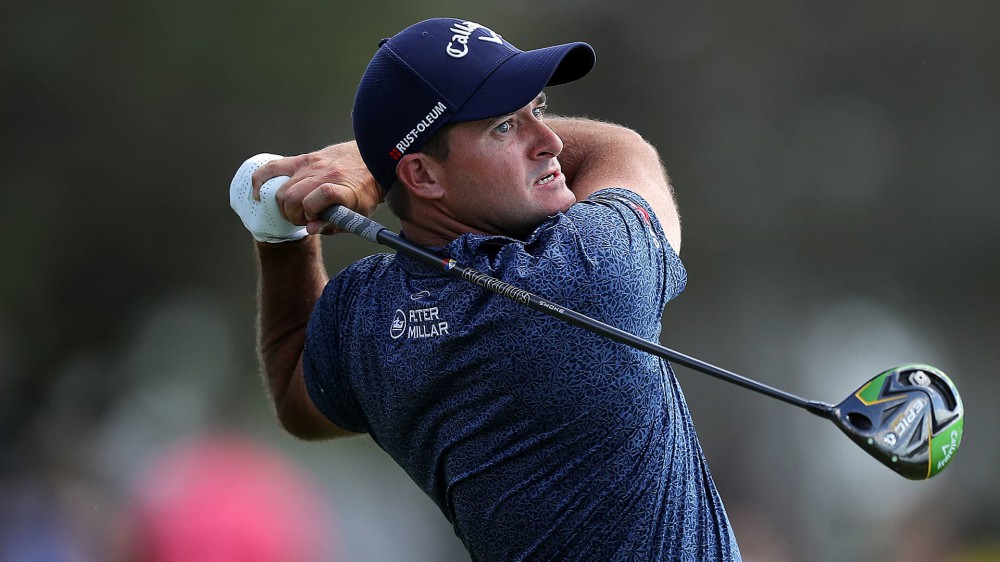