Right in the heart.

Sam Saunders sank a 10-foot birdie putt on his final hole to shoot 59 in the opening round of the Web.com Tour Championship.

Saunders, the grandson of the late Arnold Palmer, made six birdies in a row to finish, and 13 birdies overall, on his home course, Atlantic Beach Country Club, in the Web.com Tour finale.

Saunders hit 14 greens and needed only 20 putts on a day when the field average was 68.3. 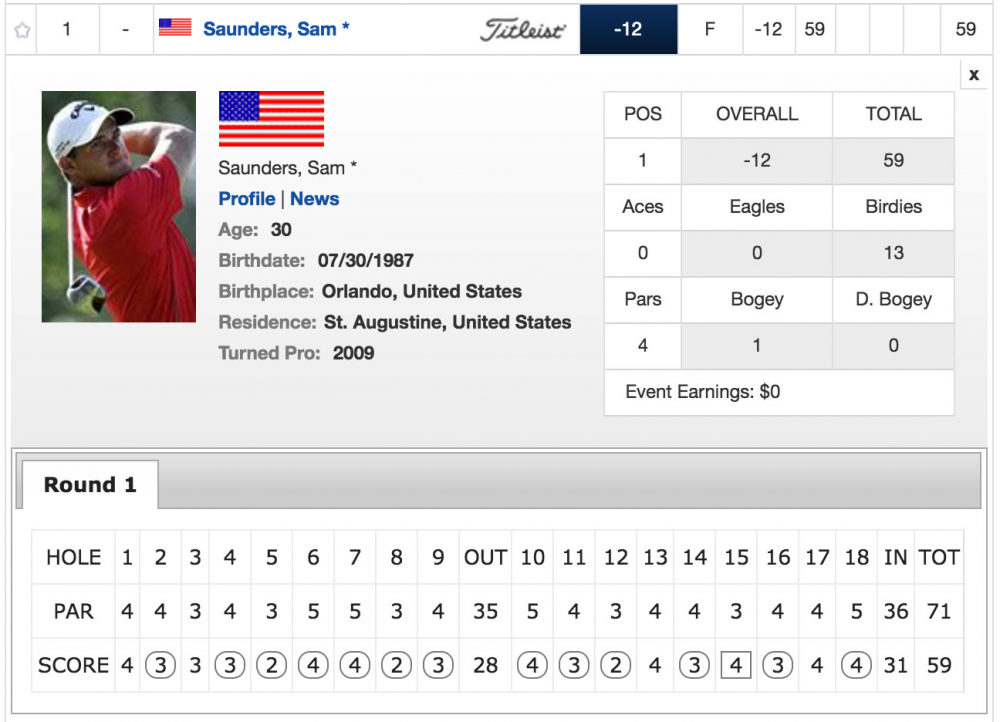 “Today was about putting,” he said. “I made everything today, and that’s how you go low.”

Entering the week at No. 24 on the Web.com Tour Finals money list, Saunders wasn’t assured of keeping his PGA Tour card for next season. This 12-under round should help, as he took a three-shot lead over Matt Atkins and Steve Wheatcroft, and now is projected to move to No. 1 on the money list.

Saunders’ 59 is the seventh sub-60 score in Web.com Tour history, and his magical round came nearly a year to the day after Palmer passed away (Sept. 25).

The 30-year-old was sent back to golf’s minor leagues after making 24 starts on Tour and finishing 129th on the FedExCup points list. A tie for 11th in the Finals opener put him in position to earn one of the 25 available cards, but he needed to play well this week at Atlantic Beach to be fully exempt for next season.

“I’m gonna go have fun again,” he said. “I’m not going to be too stressed, and hopefully I can go shoot another low one tomorrow.” 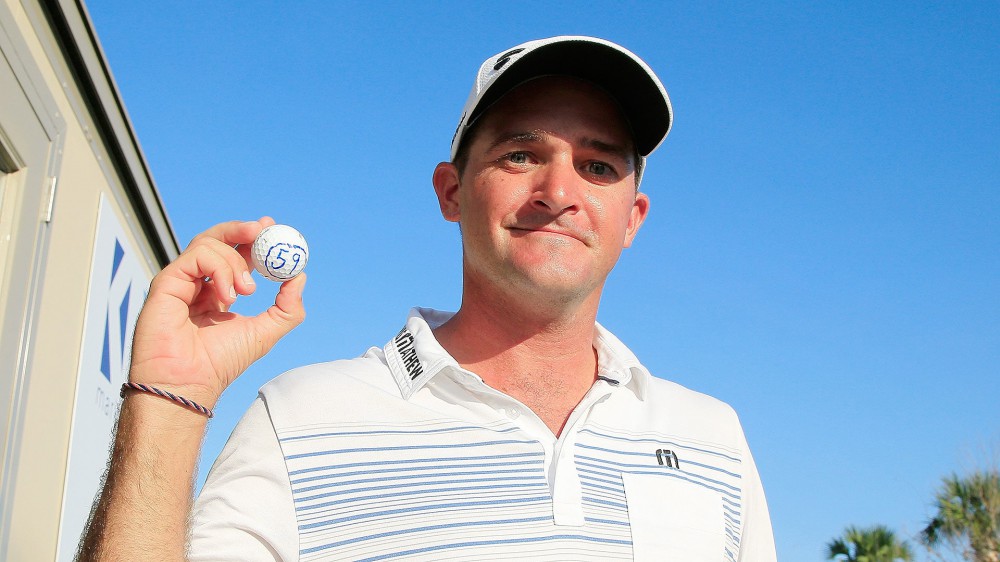 Players shooting in the 90s at Senior Open