PONTE VEDRA BEACH, Fla. – Xander Schauffele was an unlikely rookie at The Players Championship, but that doesn’t make his debut performance any less impressive.

Schauffele won twice last year, including the Tour Championship, but had never played a competitive round at TPC Sawgrass before this week. He wasted little time in adjusting to the demands of the Stadium Course, opening with rounds of 68-68 and closing with a 5-under 67 to grab a share of second place, four shots behind Webb Simpson.

“I felt like it was just a week where things slowly started to click, ball-striking wise,” Schauffele said. “It was just one of those weeks where I had a bad attitude early and sort of turned it around. It just kind of shows what a good attitude can do, just because I feel like if you talked to my team on Tuesday or Wednesday night, it wasn’t looking too pretty.”

Schauffele started the final round 10 shots behind Simpson, but he made a move up the standings with six birdies, including four over his final 10 holes to post a 14-under total for the week.

Schauffele earned Rookie of the Year honors after bursting onto the scene last season, and he notched a T-3 finish at the CIMB Classic in Malaysia this fall. But he hadn’t cracked the top 10 in six starts since a T-9 finish at the Genesis Open. He now feels ready to go on a similar tear to the one he experienced last summer.

“It’s just good golf,” Schauffele said. “I feel like I’m just starting to come into whatever form you would call it, and looking forward to some more tournaments.” 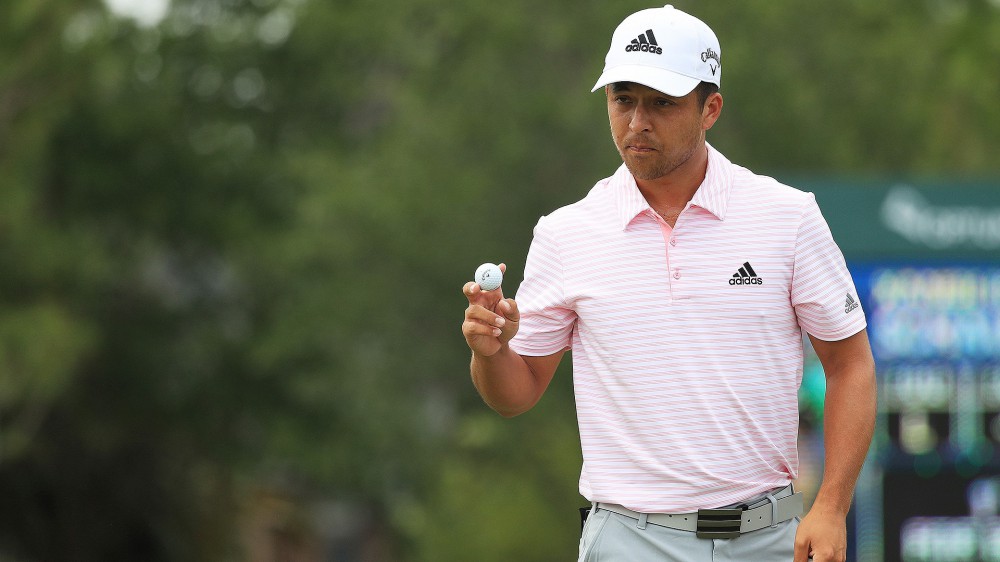 Love turns back the clock, fires 63 at Greenbrier

Curry fires back at PGA Tour pro after Web debut