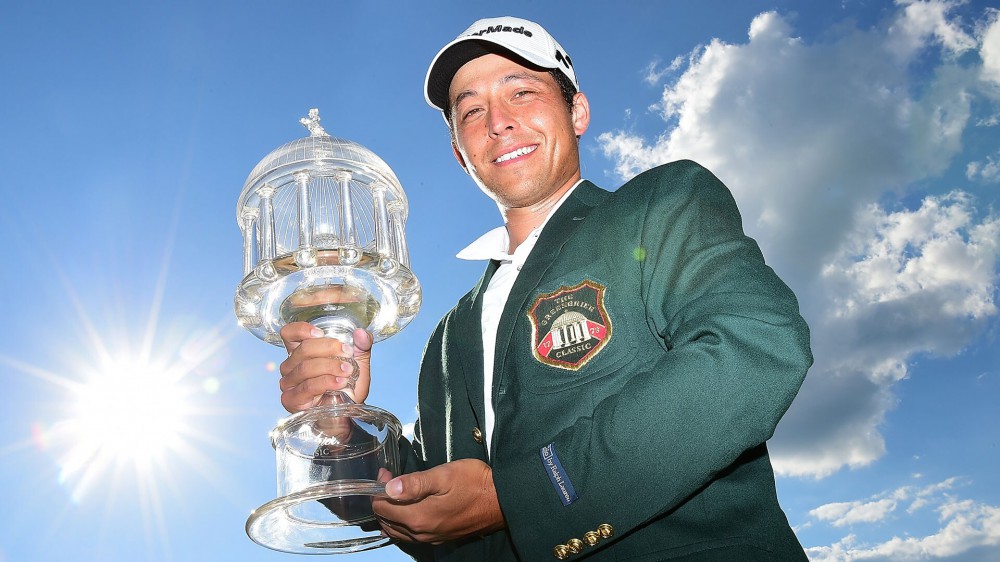 After bursting onto the scene with a T-5 finish at Erin Hills, Xander Schauffele is now a winner on the PGA Tour. Here’s how things ended at The Greenbrier Classic, where Schauffele birdied the final hole to notch his first career victory:

What it means: Schauffele started the day three shots behind Munoz, but the 54-hole leader stumbled which allowed several other players to vie for the title. The top four players were separated by a single shot at one point on the back nine, but Schauffele hit the decisive shot when his approach on the par-3 18th nestled within 4 feet of the hole. The subsequent birdie lifted him one shot clear of Streb, who was unable to birdie either 17 or 18 and again falls short on The Old White TPC after losing a playoff at this event in 2015.

Round of the day: Ryan Blaum fired a bogey-free 64 to race up the standings into a tie for seventh at 10 under, recording his best career finish on Tour. Blaum made the turn in 2-under 32 before adding four birdies over an eight-hole stretch from Nos. 10-17 that briefly gave him the clubhouse lead.

Best of the rest: Phil Mickelson started the day 14 shots off the lead, but he built some momentum with a closing 64 that featured five back-nine birdies. Lefty made the cut for the first time in four trips to The Greenbrier, and his final round was his lowest score on Tour since an opening 63 at The Open last year at Royal Troon.

Biggest disappointment: Munoz shot an opening-round 61 and led after each of the first three rounds, but he couldn’t keep it on track during a final-round 72 that included five bogeys. Munoz bounced back from a tough front nine to actually regain a share of the lead down the stretch, but he was unable to overcome a costly bogey on the 16th hole and was ultimately denied a breakthrough win.

Shot of the day: Schauffele was tied for the lead with Streb when he stepped to the 72nd tee and stuffed it from 161 yards. With the win he went from Tour rookie to exempt through 2019 and into the next three major championships, including the Masters.

A birdie on the 72nd for @XSchauffele gives him the solo lead in the clubhouse. #QuickHits pic.twitter.com/rvgnnMAUdy

Quote of the day: “I think it honestly just changed my life, really. I need a little bit of time to take it all in.” – Schauffele