FARMINGDALE, N.Y. – After brushing with a piece of major championship history, Adam Scott now has his work cut out for him if he’s going to chase down Brooks Koepka at the PGA Championship.

Scott started the day eight shots off the pace, and he was one of few players in the field to trim their deficit relative to Koepka, who raced to a seven-shot lead after rounds of 63-65. The Aussie went one better on the Black Course, signing for a 6-under 64 that moved him into a share of second place at 5 under alongside Jordan Spieth.

It was a round that had the potential to challenge the course record Koepka set the day prior, not to mention the all-time tournament scoring record. Scott birdied seven of his first 14 holes, meaning he had to play his final four holes in 1 under on the par-70 layout to shoot 62 – a score only Branden Grace has reached before in major championship history.

“I mean, it was a fleeting thought,” Scott said. “Not happening at the end of the day, and in the end I was very happy to get up and down for 64 on the last. Look, overall, you shoot 64 in a major, you’ve had a great day, and I did today.”

Scott’s hopes for history were dashed when he three-putted from 23 feet on No. 17 for his lone bogey, but it was a rare blemish for a player whose oft-balky putter finally cooperated. Scott rolled in more than 165 feet worth of putts while picking up more than four shots on the field on the greens, holing three straight birdie putts of 25 feet or more to begin his round.

“I wasn’t thinking the putter was much of an issue yesterday,” Scott said. “Today I came out and they just started rolling in, and I didn’t think much about it and felt very good with it.”

Scott finished third behind Koepka and Tiger Woods at last year’s PGA at Bellerive, and he has two other top-5 finishes in this event. Despite a scorching round on a demanding track, he’s well aware that chasing down Koepka over the weekend will require a monumental effort – and perhaps a little help.

“Hey, if the guy can just keep doing that for another two days, then there’s not much you can do. But I think someone, hopefully me, will chip away tomorrow and sneak up in the right direction,” Scott said. “I know he’s won three majors. I know he seems impenetrable at the moment in this position, but at some point he’s got to think about it.” 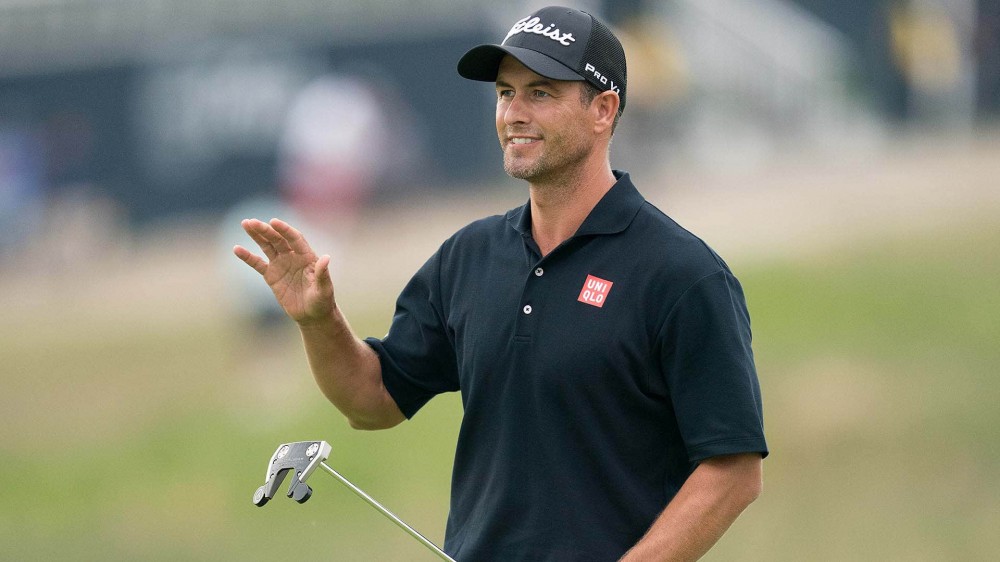