LOS ANGELES – Even though it feels like the Genesis Open is nearing a conclusion, Adam Scott is preaching patience.

The Aussie completed only two holes of his third round Saturday, hitting his tee shot on the par-4 third before darkness halted play at Riviera Country Club. It sets up a marathon final day, one in which Scott trails Justin Thomas by a shot with both men facing the prospect of completing 33 holes before sunset.

Scott started the round in a tie for the lead, but he fell one off the pace when his opening birdie was topped by Thomas’ eagle.

“I’m happy with what I did out there,” Scott said. “I’m not really influencing what he does at this point in the tourney. It feels like it’s late in the tourney, but it’s only halfway.”

Scott tied for second at this event three years ago, and he was a runner-up last month to Justin Rose at Torrey Pines. But he remains in search of his first worldwide win in nearly three years, a drought that extends back to the 2016 WGC-Mexico Championship when it was still played at Trump National Doral in Miami.

But having made just one bogey through his first 38 holes, Scott likes his chances in what will be a grueling finale.

“I’ve managed to scramble well,” he said. “I’m going to have to do that all day tomorrow, but if I can have some good stuff in between, then it goes a long way.”

The leaderboard may look crowded at the moment, with five players separated by just three shots, but Scott believes that the demands of Riviera may allow a player to break free from the group with so much golf to be played Sunday. And with Thomas in his sights in the final trio along with J.B. Holmes, the Aussie is eager to challenge for the top spot on a course where he’s been close before.

“It’s a great day to get in a rhythm early and make a move,” he said. “There’s a lot of guys up there at the moment, and someone, if it’s Justin or I, you can kind of separate and hopefully by the middle of the final round you’ve taken a whole bunch of guys out of the equation.” 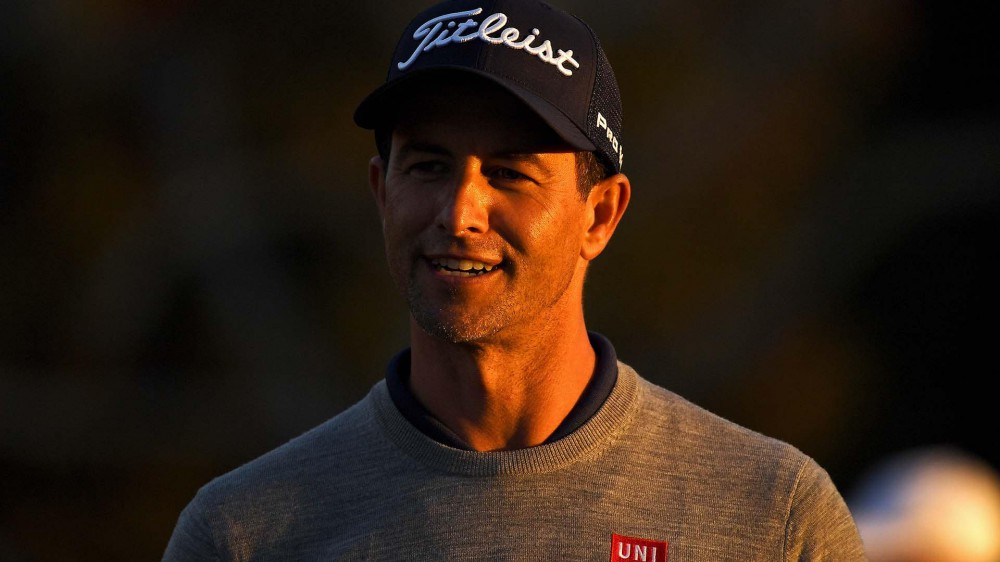