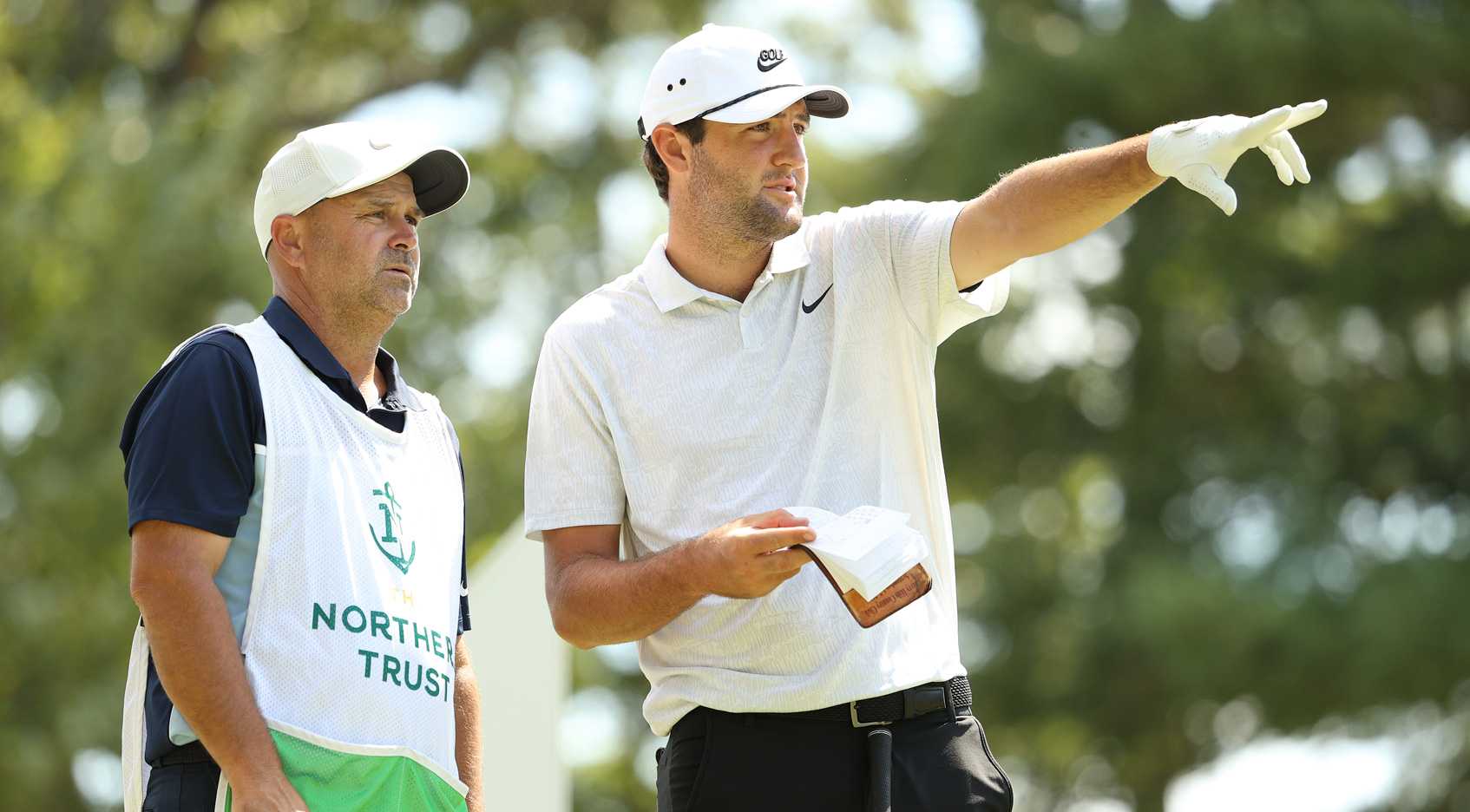 PGA TOUR Rookie Scottie Scheffler has produced just the 12th sub 60 round in PGA TOUR history, scorching TPC Boston with a 12-under 59 during the second round of THE NORTHERN TRUST.

The 24-year-old carded a bogey-free masterpiece with 12 birdies, six on each side of the course, to become the second youngest player to shoot 59 or better behind Justin Thomas.

Scheffler had a chance to join Jim Furyk as the only player to shoot 58 if he could play the final two holes in 2 under, however a 22-foot birdie try on the par-4 17th motored past the hole and thoughts of eagle on the par-5 18th were damaged when his second shot came up just short of the green some 82-feet from the hole.

Scheffler was able to get up and down with a couple of clutch putts, the first from just off the green stopped four-feet, six-inches from the cup before he calmly converted the second to join Furyk (twice, 58 – 2016 Travelers Championship, 59 – 2013 BMW Championship), Thomas (2017 Sony Open in Hawaii), Kevin Chappell (2020 A Military Tribute at The Greenbrier), Brandt Snedeker (2018 Wyndham Championship), Adam Hadwin (2017 The American Express), Stuart Appleby (2010 A Military Tribute at the Greenbrier), Paul Goydos (2010 John Deere Classic), David Duval (1999 The American Express), Chip Beck (1991 Shriners Hospitals for Children Open) and Al Geiberger (1977 Danny Thomas Memphis Classic) in the exclusive club.

The Texan hit seven of 14 fairways, and 16 of 18 greens during the round that needed just 23 putts.