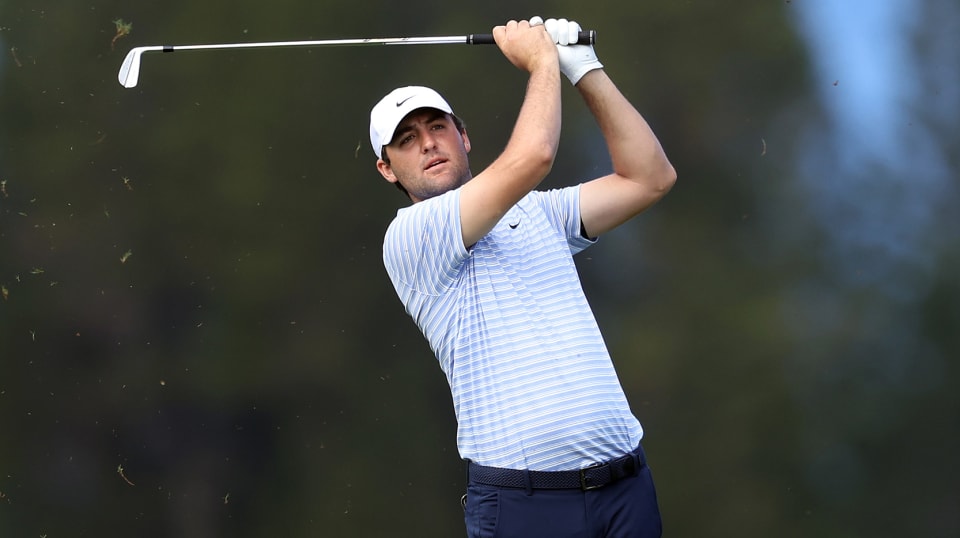 KAPALUA, Hawaii – Scottie Scheffler is on a mini honeymoon of sorts in Maui after recently tying the knot, but while one cherished partner is with him – another of sorts – is not.

A decade with a trusty companion finally came to an end for the 24-year-old. Scheffler likened it to losing a pet.

“I had my wife pick up about 10 3-woods from the house that were all backups and she brought them to the range, and we found something that could work for the week… and right now I got a Callaway one in there. We’ll see how it goes.”

“I put it away for a couple years in college, but I’ve used it the whole time I turned pro, most of my senior year, and pretty much all of high school. I only wasn’t using it for two or three years in there,” he explained.

“The way that the club setup it was really square, it was really clean, not a lot of loft so I was able to flight it down pretty easily and it was softer than the new 3-woods and for me that’s important.

“And when I wanted to hit it far, I just teed it up a little higher, hit it higher on the face. I got to know the club really well and for me I knew exactly what I needed to do with it each time.”

Scheffler – who is one of two players in the Sentry Tournament of Champions field to have never actually won a PGA TOUR event – sits just four shots off the lead at the Plantation Course at the halfway mark. The 2020 PGA TOUR Rookie of the Year earned his place via making the TOUR Championship – a one off qualifier for Maui due to the COVID-19 pandemic.

He could yet make this week his first win.

“This is a great place to start the year. I hope to be here every year going forward, for sure,” he said. “I’m obviously very happy to be here this year.”