From one of the worst shots to one of the luckiest, Scottie Scheffler saw it all Saturday afternoon at TPC Sawgrass’ 17th hole.

After half-shanking his tee ball well right and wet, Scheffler headed to the drop zone for the second time on the day – he had also rinsed his tee shot long in Round 1, which he completed earlier on Saturday. He had switched out clubs shortly before the wipey tee shot got grabbed by the wind and ended up halfway between the island green and the former flower barge.

His third shot nearly found the drink, as well, but Scheffler’s ball hit the back of the green and ran through the collar before spinning off the bulkhead and back into the second cut.

From, there Scheffler chipped close and sank the putt for a double bogey. He played Nos. 17 and 18 in a combined 6 over in Rounds 1-2. 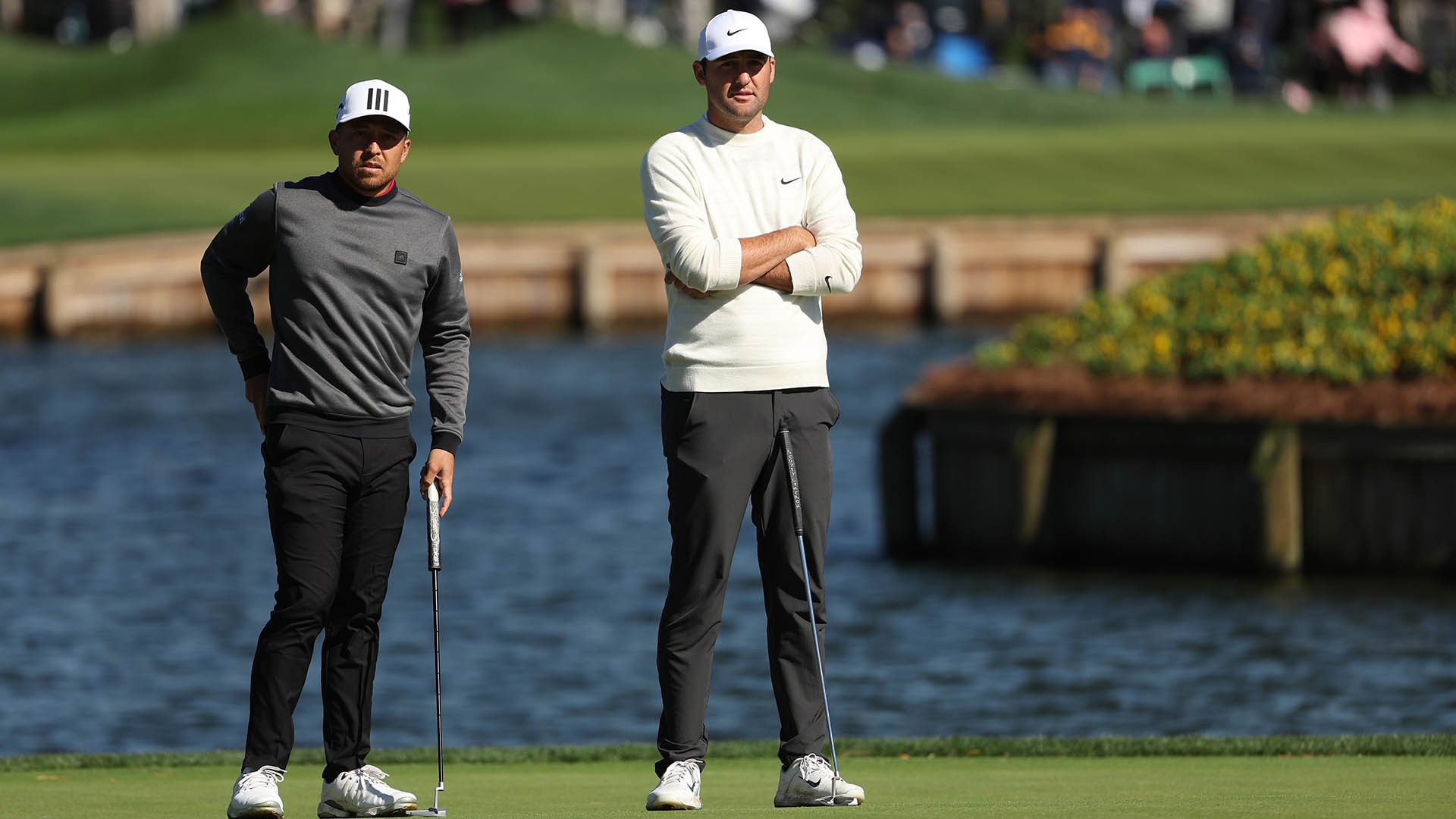