DALLAS – Deprived of a chance for last-minute preparations before last year’s AT&T Byron Nelson, Sam Saunders opted to get a head start on this year’s edition of the tournament.

Saunders was in the field for the event’s swan song at TPC Las Colinas, but he didn’t merit a spot in the Wednesday pro-am last year. Choosing to make lemonade from his lemons, he took the opening in his schedule and headed across town to Trinity Forest Golf Club, which this year is hosting the tournament for the first time.

“I fell in love with the golf course,” Saunders said. I’ve been marking this one down on the schedule, looking forward to it for a year because I knew I liked the way this golf course played.”

That affinity was clear during Thursday’s opening round, as Saunders went out in the morning’s first tee time and promptly carded eight birdies en route to a 65. At 6 under, he shared the early lead with five other players at the conclusion of the morning wave.

Saunders remains in search of his first career victory, but he’s continuing to create more frequent opportunities to get the job done. He finished T-9 at the Wells Fargo Championship in his most recent start, his second top-10 and fifth top-30 finish since January.

While he expects course conditions to firm up significantly as the week progresses, he was glad to get a low score on the board on a course he’s had his eye on for a full 12 months.

“I think it’s a very fair test of golf,” Saunders said. “There was a lot of thought put into all the slopes out there, and despite looking a lot different than what we see on a week-in, week-out basis, everything is there for a reason and you can use the ground here a lot to hit good shots. You’ve got to think your way through it a little bit more than some of the courses we play.” 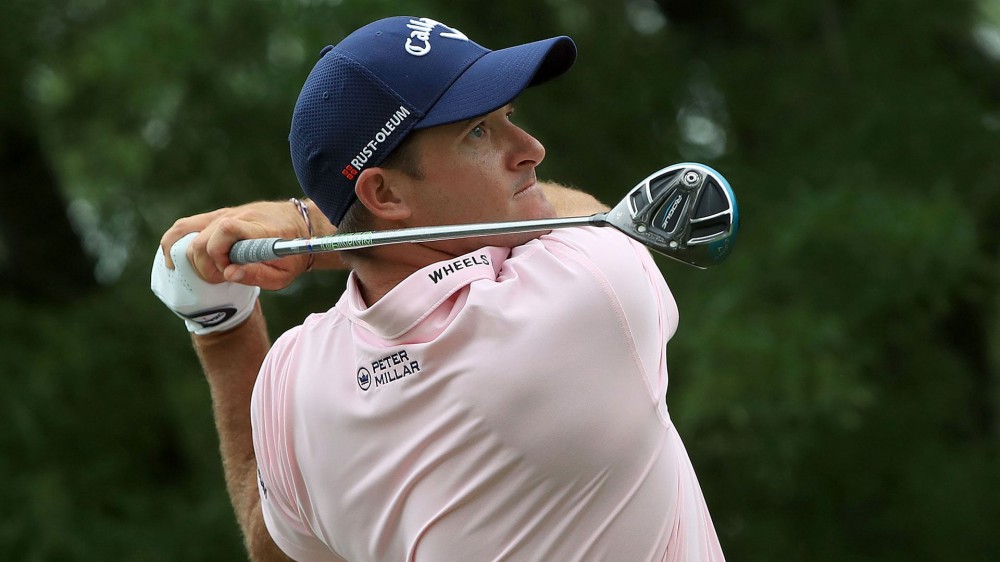