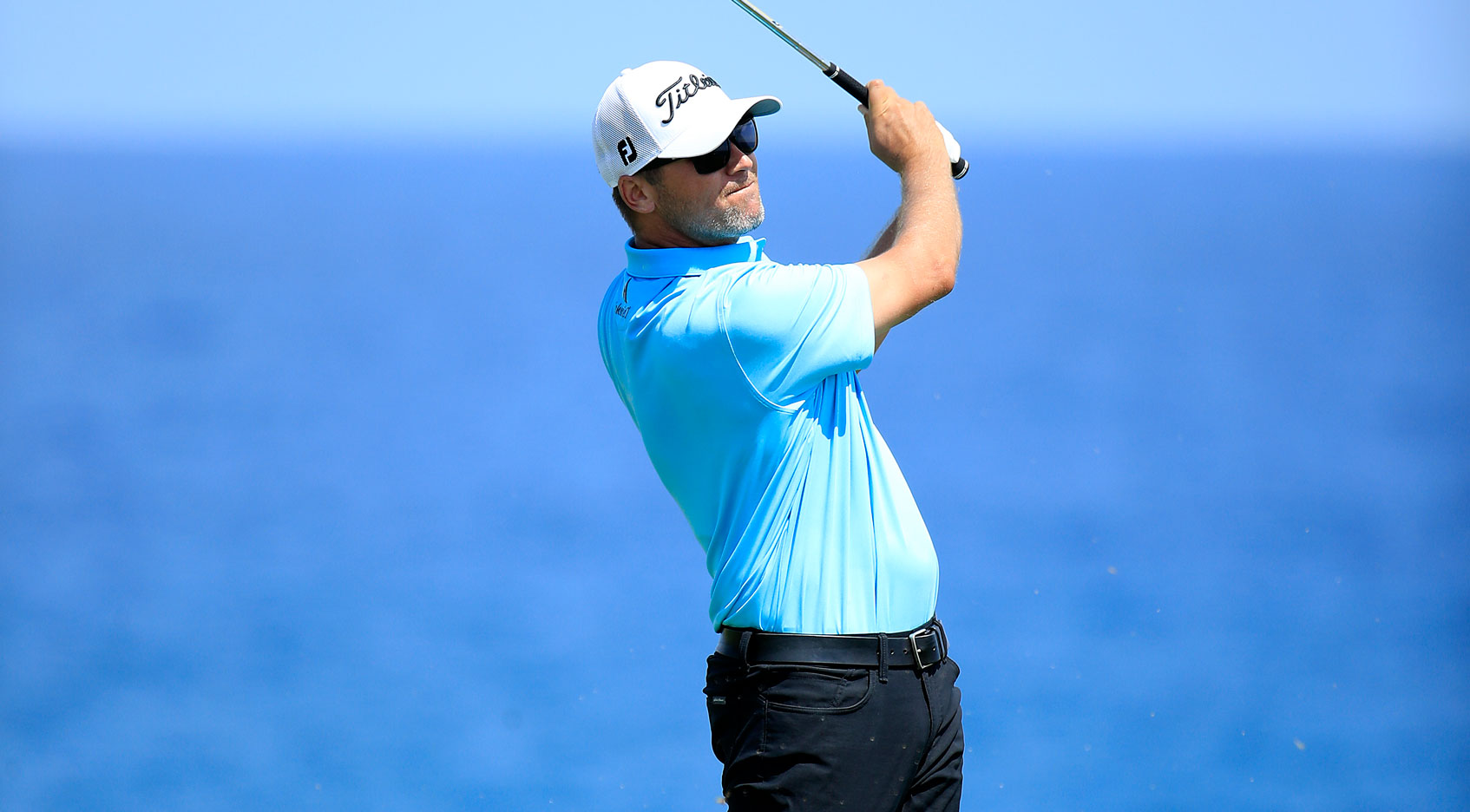 Sean O’Hair has barely played on the PGA TOUR the last two seasons but he’s looking to take full advantage of his good play at the Corales Puntacana Resort & Club Championship heading into the weekend.

After back-to-back rounds of 5-under-par 67, O’Hair was only the second golfer into double-digits under par after the morning wave Friday.

The four-time TOUR winner is looking to return to the winner’s circle for the first time since the 2011 RBC Canadian Open – more than nine years ago.

O’Hair tore his left oblique nearly 18 months ago and is still recovering after surgery. He teed it up at just two PGA TOUR events last season – the AT&T Pebble Beach Pro-Am and The Honda Classic, finishing T50 and missing the cut, respectively.

He’s on a Major Medical Extension this season. He missed the cut at the Safeway Open to start the season.

However, O’Hair’s 10-under total has him in good position going into the weekend in the Dominican Republic.

“I was pretty proud of the bogey-free today,” said O’Hair. “I’ve been playing solid. Today I left a few out there, but I’ll take the bogey-free round, for sure.”

O’Hair said he had quite a bit of scar tissue built up near his oblique from the car accident he was involved in in 2008 which needed to be removed along with having his oblique repaired.

He admitted that while he’s basically been off the TOUR for a year-and-a-half, he’s trying to get into a routine again. But, there’s been a bit of a turning point this week.

“My body’s still not quite there as far as just the workload that you do just from traveling and hitting balls and walking and practicing. It’s kind of hard to practice that at home. But, you know, as far as health-wise, I feel great and it’s nice to be out here, for sure,” he said.

O’Hair said he didn’t want to get ahead of himself in terms of qualifying for the FedExCup Playoffs later this season, but he’s got a laser-like focus on these next 16 events so then he can keep his PGA TOUR card.

However, he said one thing is for sure: his love of the game hasn’t waned.

“I think I got a little bit lazy and took too much for granted right before I got injured. I think I was more counting the days to retirement and I think you get that taken away from you, the ability to play golf, and you figure out that you love the game still and you still want to compete,” said O’Hair. “It was a really hard recovery for me and I didn’t know if I was going to make it back or not, so it took a lot of hard work to get to this point and it feels good.”

O’Hair wasn’t the only golfer on a Major Medical Exemption to play well through two rounds at Corales.

Graham DeLaet fired an 8-under-par 64 on Friday, his lowest such round in relation to par on the PGA TOUR since a 9-under-par 63 effort at the Barbasol Championship in 2016. DeLaet was on the shelf for most of the last two seasons due to a back injury and bounced back Friday after an opening-round 78.

Jamie Lovemark, meanwhile, is also on a Major Medical after suffering a shoulder injury that sidelined him for the balance of the last two seasons. He sits at 6-under through two rounds at Corales.

“I’ve been feeling good,” Lovemark said Friday. “I came back last year and had no confidence I wasn’t very sure of myself. I had no speed. I’m getting my speed back and getting my confidence back.”

Lovemark finished T56 at the Safeway Open as he looks to have a solid run in his return. He tore the labrum in his shoulder (It was “popping in, popping out,” he said). He didn’t have to have surgery but has been through a lot of rehab which he calls “tedious and annoying,” but helpful.

“I was off for six months. It was a nice break but it was too long,” he said. “There’s pressure to perform but you lose sight of that usually and you just play the round in front of you. At home you think about it but I’ve got 15 events, almost a full season, and I’m starting to play better.”