Garcia’s form was brought into the spotlight more two weeks ago when European Ryder Cup captain Thomas Bjorn selected Garcia as one of his captain’s picks.

“I’ve known him for so many years and I kind of understand a lot about what he’s all about,” Bjorn said Friday, sitting on a 5-3 lead after sweeping afternoon foursomes. “He had a tough year.

“I’ve felt all along with him that if I made that phone call to him, that he was going to be in this team; well, then he would regroup his whole world.”

Garcia, 38, went back to Spain for a couple weeks to practice with his father, Victor, and he even played in the Portugal Masters last week so he could shake off a little rust. He tied for seventh place.

After sitting Friday morning in fourballs, Garcia paired with Alex Noren to destroy Phil Mickelson and Bryson DeChambeau, 5 and 4, in afternoon foursomes. They made four birdies in a five-hole stretch to put the match out of reach and were even 7 up after nine holes. Gracia’s career Ryder Cup record is a remarkable 20-11-7. He tied Bernhard Langer for most career points earned in foursomes (11.5).

“He loves this event, he loves playing in it and he loves preparing for it,” Bjorn said. “And if you gave him the right frame to do that, then he would come here and be able to play good golf. But also what he brings outside of the golf course is so crucial to the European team. He really is that type of guy that binds it all together in the team room.”

Garcia will be at it again early Saturday paired with Rory McIlroy. They will face Tony Finau and Brooks Koepka in the pivotal opening fourball match. 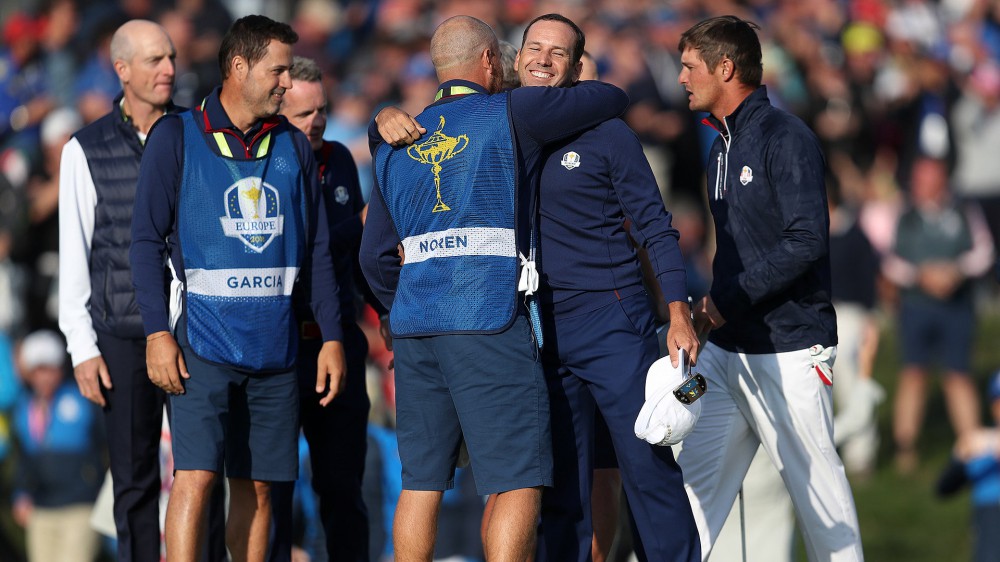