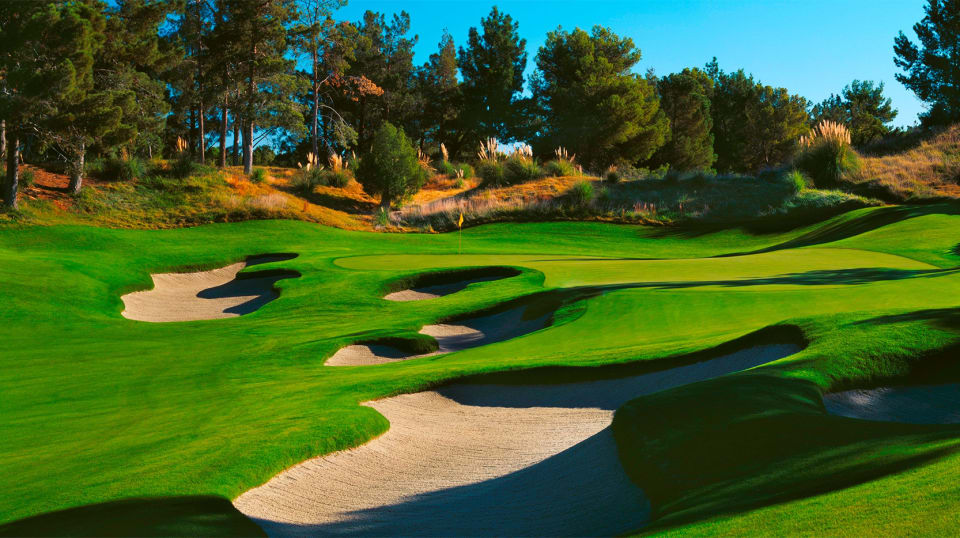 LAS VEGAS – Imagine being allowed to create your own massive golf playground with anything you want in it, money no option. Hard to fathom what you might come up with, right?

It wasn’t a hypothetical for Tom Fazio.

Back in the late 1980s, the legendary golf architect was tasked by casino magnate Steve Wynn to create a golf wonderland without restrictions near his hotels in Las Vegas. It would basically be a personal golf course for Wynn and his high-roller friends. Fazio’s creation was, and remains, staggering. And this week that creation – once closed off to just the select few – will be opened up to millions of viewers as the PGA TOUR gets a one-off run at THE CJ CUP @ SHADOW CREEK.

You may remember the course from the original Capital One THE MATCH in which Phil Mickelson edged Tiger Woods in late 2018. For those who didn’t see it, now’s the chance, and with a field of 78 of the best golfers on the planet, no less.

“Shadow Creek just shocks everybody when they go because they don’t expect that kind of environment,” Fazio says some 30 years later. “Because you come from the harshness of the desert, but when you go there you see dense vegetation, lush greens and it looks like something in North Carolina. It’s one of a kind. It’s something to see.”

As with Vegas itself, Fazio started with nothing but a slab of dry dirt. Suffice it to say everything was done for a reason. The course’s tree-lined, sunken fairways? They were for privacy. And as legend has it, the greens were designed partly to keep the sun out of the players’ eyes.

“In one sense it was a very easy golf course to design because you started with a clean slate and could do whatever you wanted,” Fazio says. “You could change the elevations of the land and you could place the vegetation. So it was simply: What kind of golf holes do you like? I mean talk about a dream golf course for a person who designs golf courses, or a golf enthusiast.

In the early days, the course was completely exclusive, tee times beyond rare. Not needing or wanting publicity, Shadow Creek is said to have turned down a spread in Sports Illustrated.

Things have opened up a little since 2000, when the property was acquired by MGM. You can play there at charity events like Tiger Woods’ annual Tiger Jam, if you are so inclined. But it still remains pretty exclusive on weekends. Stay at an MGM property and you can try to play during the week. It will cost you around $600, but you’ll feel every bit like celebrity.

Your ride to the course? A limo. Want champagne and caviar mid round? It’s available. Want a hotdog or hamburger instead? Sure. Every part of the experience is as extravagant as you want it to be. Want your food cut into small pieces and bagged up? Not an issue.

Michael Jordan occasionally plays Shadow Creek, as have Wayne Gretzky, Derek Jeter, Clint Eastwood, Matt Damon, Sylvester Stallone and George Clooney. No. 43 George W. Bush used to keep a fishing rod in a locker and would chuck a line in some of the waterways.

“The first time I played it, I met Elizabeth Taylor on the 17th tee,” Tiger Woods told Steve DiMeglio of Golfweek before his match with Mickelson in 2018. “And that kind of stuck out because, well, you don’t meet people like that when you are a kid.”

You’re not really supposed to bump into anyone on the tee, actually. Tee times are spread out and limited to enable folks the chance to take their time. Still, Rickie Fowler, who is in the field this week, caught another group on one of the two occasions he’s had to play Shadow Creek.