AUGUSTA, Ga. – It’s been a wirlwind few months for Shubhankar Sharma, who will set out on Thursday to play in his first major championship at the Masters.

Sharma, who won twice this season on the European Tour and earned a special invitation into the Masters, has played tournaments in Dubai, Malaysia, Qatar, Mexico, India and the United States this season. As a result, he’s used a collection of caddies, including a number of friends.

But for his first Masters, he went for experience, hiring Mitch Knox, who has caddied for a number of high-profile players, including David Duval.

“He’s won the British Open with [Duval] and they have been in contention at the Masters a few times,” Sharma said. “Mitch has been fantastic.”

Although Knox’s experience has been valuable, there has been a bit of a generational divide for the 21-year-old native of India and his new caddie.

“He was joking yesterday that he has yardage books which are older than me,” Sharma laughed. “He really helped me with a lot of pin positions and just right places to hit the ball and just information that Rae’s Creek has a big effect, mostly all the putts on the course. There’s a huge pull towards the Rae’s Creek.” 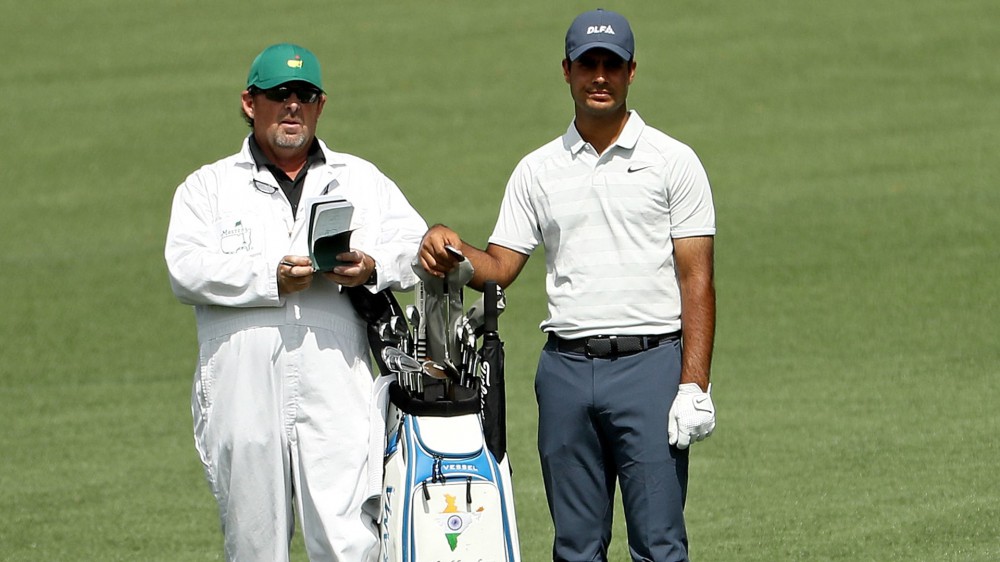