Hurricane Harvey slammed into the southeast coast of Texas over the weekend and has brought unprecedented flooding to the area. At least five people have been killed and dozens have been injured as the storm continues to dump rain on the area.

Houston has been especially hard, as the fourth-largest city in the U.S. did not order evacuations and people have been trapped in their flooding homes.

The devastation also extended to the area’s golf courses, as several images have popped up on Twitter of courses almost completely underwater.

This is Champions area.. pic.twitter.com/vmgur5Cegp

Steve Timms, longtime tourney director of the Houston Open, posted these pictures of the Golf Club of Houston, which has hosted the Tour event for the past several years;

You can help the people affected by Hurricane Harvey by donating to the Red Cross here or the Salvation Army here. 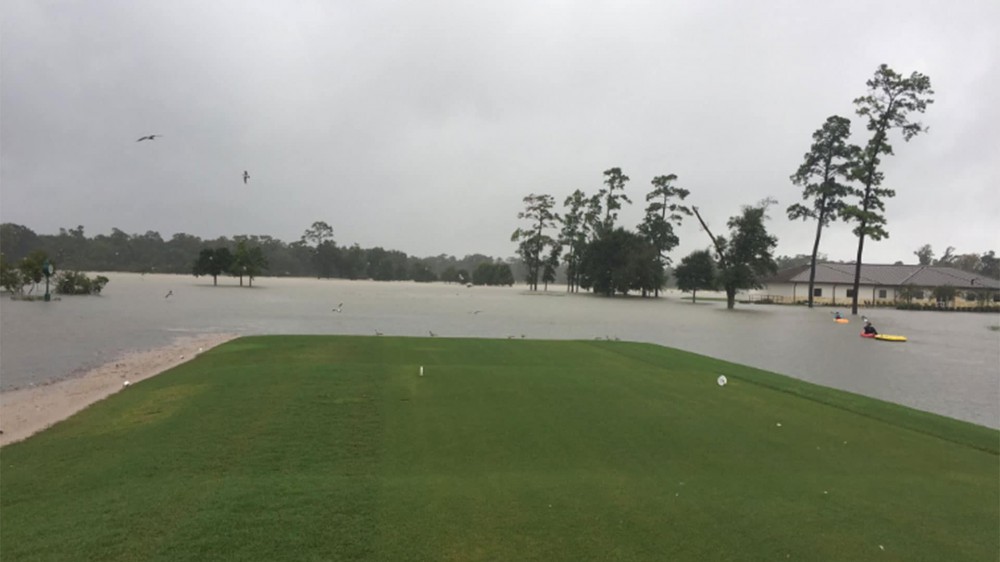 Leishman has Augusta memories – but not a win