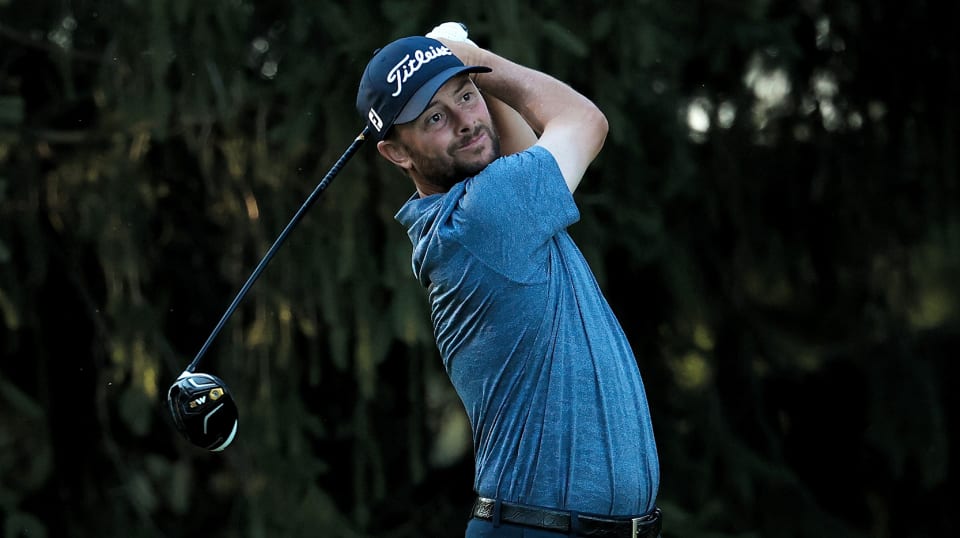 Here is a look at the four players who Monday qualified for the Shriners Hospitals for Children Open. There was a 4-for-1 playoff for the last spot.

PGATOUR.COM: Had you ever played the course before the pre-qualifier at Boulder Creek, which also hosted the Monday qualifier?

Wilson: I work at a golf course, in the cart barn a couple days a week. I had to work Tuesday morning so after that I drove to the course, but it was too late to play a practice round. I walked a few holes but besides the yardage book I didn’t have much information. I watched a couple fly overs to try to get as much information as I could.

PGATOUR.COM: You have played a few smaller pro events since turning pro but haven’t had much success yet. What came together this week?

Wilson: I have played a few Golden State Tour and Bo Tour events. I have had mixed results there, but nothing like this week. Things just really came together. This summer definitely didn’t look good. When I was playing those Golden State events, I was kind of in the middle of some changes. The time during quarantine really helped me, it gave me a few weeks to really work on things. The last couple weeks things really seemed to come together. I shot a couple of rounds in the mid-60s at home. I felt like it was turning around but I didn’t think I would be playing in my first Tour event that quick. With the summer I had I really wasn’t sure what was next or if it would come.

PGATOUR.COM: What is your lowest competitive round as a pro?

Spencer Levin (63)
Age: 36
College: University of New Mexico
Turned pro: 2005
PGA TOUR starts: 241
Cuts made: 146
Best finish: 2nd, 2011 Mayakoba Golf Classic
PGA TOUR earnings: $8,213,107
Twitter: N/A (sadly)
Notes: Finished T-13 as an amateur in the 2004 U.S. Open … Lost in a playoff at the Mayakoba Golf Classic to Johnson Wagner in 2011 … Attended UCLA before transferring to University of New Mexico where he was two-time All-American and played with future PGA TOUR members Michael Letzig and Will Collins … Lost a six-shot lead in the final round of the 2012 Waste Management Phoenix Open, tying the PGA TOUR record for largest lead lost with 18 holes to play.

George Markham (64 via 4-for-1 playoff)
College: Colorado School of Mines
Turned Pro: 2019
PGA TOUR starts: 0
Twitter: @g06mark
Notes: Played mainly on the Outlaw Tour since turning pro, where he has two top-5 finishes … Highest World Amateur Golf Ranking was 822nd before turning pro … Averaged 71. 97 his senior year at Colorado School of the Mines … Is left-handed … Came to the last hole of the pre-qualifier thinking he needed eagle to get through and chipped in for eagle … birdied the last three in the Monday qualifier and made a birdie on the fourth playoff hole to get through.

NOTES FROM OTHER TOURS
Monday qualifier Andrew Dorn was the first-round leader at the Savannah Golf Championship. He finished T43.

Toni Hakula shot 66-64-63 to win by one on the LOCALiQ series. It was his first win on that tour.