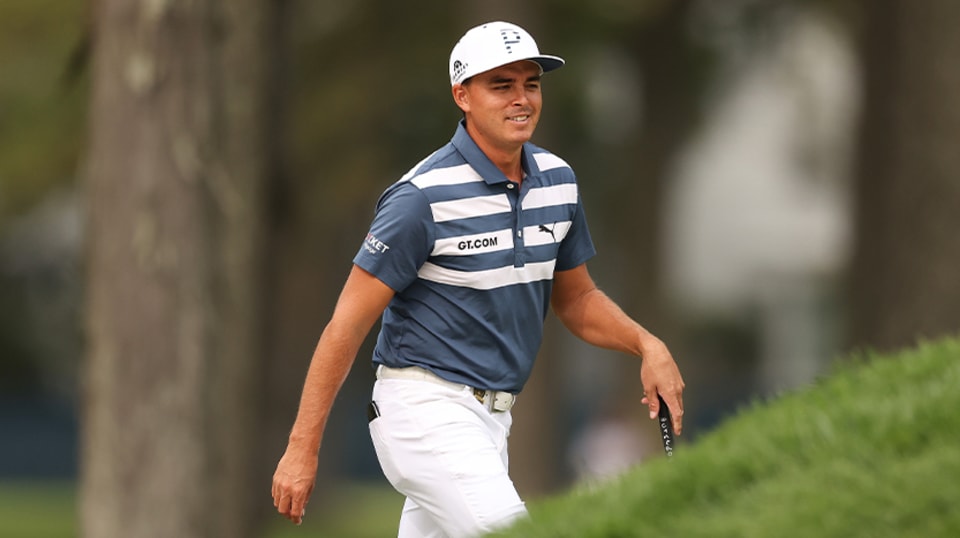 POWER RANKINGS WILD CARD
Francesco Molinari … He picked a heckuva time to relocate from England to California, but there’s never a perfect time for that given his profession. His focus has been on his family and settling into the new digs. While he’ll be rusty, the good news is that he’s not injured. He’s rested and he should be mentally recharged to resume a routine. It doesn’t hurt that he placed T4 with a walk-off 61 in his only prior appearance at TPC Summerlin in 2016, but temper expectations for at least one start.

DRAWS
Sungjae Im … Given his propensity to go low and thrive in shootouts, it’s a knock that he didn’t crack the Power Rankings, but he’s been inconsistent since play resumed in June. It’s not out of the realm of possibility that, after he went Win-3rd in the last two weeks before the hiatus to sit No. 1 in the FedExCup, he set it on cruise control all the way to East Lake. Expect a top 25 at TPC Summerlin (where he placed T15 in his debut last year) for all of the usual reasons.

Rickie Fowler … Swing changes have dogged the 31-year-old all year, but if he’s going to make noise again, TPC Summerlin is on the short list of tracks where it’d happen. He made only four appearance from 2009-2019, but each resulted in a top 25, the last a personal-best T4 with a closing 63 as the kicker. Slot him as a contrarian if your format would categorize him as such. Fractional play in DFS also is encouraged.

Will Zalatoris … My contention is that his missed cut at the Sanderson Farms Championship was a product of his success. He top-10’d into the field at Corales and had planned the week off. Yet, with Special Temporary Membership within reach – a two-way T5 at TPC Summerlin would do it – it’s understandable why he’d give it a go. It’s important for us to accept that he’s learning how much he can bite off before he can’t chew anymore. As for this week, not only did he get two invaluable days of rest on the weekend, but he accepted this sponsor exemption two weeks ago, so this has been on his mind since before the T8 at Corales.

Jason Kokrak … Just one top-35 finish in his last five trips, but he’s cashed in each. He also arrives having connected four top 20s since the Wyndham Championship. Ideal in all formats.

Abraham Ancer … Gonna leave it up to DFSers to determine if his price tag warrants the plunge. He’s just 1-for-4 at TPC Summerlin with a T4 in 2018, but his game remains on the rise, so early-career disappointment should be ignored. Rather, I’m looking at the 29-year-old’s consistently strong body of work of the last two years overall.

Chesson Hadley … A Sleeper here last year, but that was like cheating given he had gone for a trio of top 10s at TPC Summerlin before fulfilling the expectation with a T18. He’s flashed enough form of late to warrant a similar hope.

FADES
Jason Day … Just like that, the lights went off. After a T7-T4-T6-T4 surge across five weeks over the summer, the Aussie was a non-factor in three starts. He’s not quite in the Sergio Garcia lane of “what haven’t you done for me lately,” and as good as a putter that Day is, he’ll probably keep his eyes open, but only full-season investors should get back on this ride. It’s been way too bumpy for way too long.

Matt Kuchar … Now 42 years of age, time is catching up. Just two top 25s since the hiatus and he’s a far cry from the kind of consistency that has defined his career. Also just one appearance at TPC Summerlin in the last 10 years, and that resulted in but a T57 in 2018.

Scott Piercy … He’s had a rough go of it for months, but he should feel more comfortable here than anywhere else given that it’s a home game. The tournament means a lot to him personally, so it’ll be an elixir for his soul more than anything. In 14 appearances, he’s scattered three missed cuts among four top 10s and another three top 25s, but the absence of something impressive lately is more noticeable.

J.T. Poston … When he’s on, he looks so, so good. Certainly, that’s a refrain that could apply to every touring professional, but those moments remain too far and few between for the 27-year-old. Now that he’s fresh off a solo third at the Sanderson Farms Championship, it’s almost automatic to hop off. His record at TPC Summerlin also is a microcosm of his early career trajectory. He’s 1-for-4 with a T4 in 2017.

Patrick Rodgers … Failed to deliver on the faith last week (see Power Rankings Recap below), but now it’s truly time to resist. Only one top 40 among just two cuts made in six prior trips to TPC Summerlin, and it’s been five years now since he finished T13.

Jimmy Walker … It was encouraging that he held the co-lead after one round of the Sanderson Farms Championship, but he didn’t break 71 the rest of the way and finished T46. And that was his best finish of eight starts since play resumed. If you’re a newer gamer and not aware, the 41-year-old has been battling Lyme disease for a few years.

RETURNING TO COMPETITION
Danny Lee … Cited a wrist injury for his exit from the U.S. Open after the third round but the lasting image is of the disgruntled six-putt on the final green. Three days later, he issued an apology. Just 2-for-6 at TPC Summerlin and without a top 40.

John Huh … He had committed to the Safeway Open to launch into 2020-21 but then withdrew before it began. He hasn’t teed it up since play resumed in June but an explanation hasn’t been released as to why. Has 15 starts on a Major Medical Extension.

Jonas Blixt … Committed to the Korn Ferry Tour’s Orange County National Championship presented by Knight 39. It’s the finale of the 2020 portion of the KFT schedule and it’d mark his first live action in 14 months. The 36-year-old has dealt with back discomfort for several years. He has 23 starts on a Major Medical Extension on the PGA TOUR, so salary gamers and other season-long formats should be paying close attention to his form early on.

Robert Garrigus … Also in the KFT field, but he was at this point last week as well before withdrawing from the tournament. We last saw him at Corales where heat exhaustion forced him to call it quits in the second round. Doesn’t carry much fantasy value in the long-term because he’s on Past Champion status.

Lucas Glover … As noted in this space last week, there was reason to consider the positive and unquantifiable impact of the loss of his maternal grandmother the previous Friday, but he missed the cut.

Ryan Moore … The problem with his back must be serious enough for him to miss the PGA TOUR event in his own backyard for the first time in 10 years. He hasn’t competed since withdrawing from THE NORTHERN TRUST during the second round.