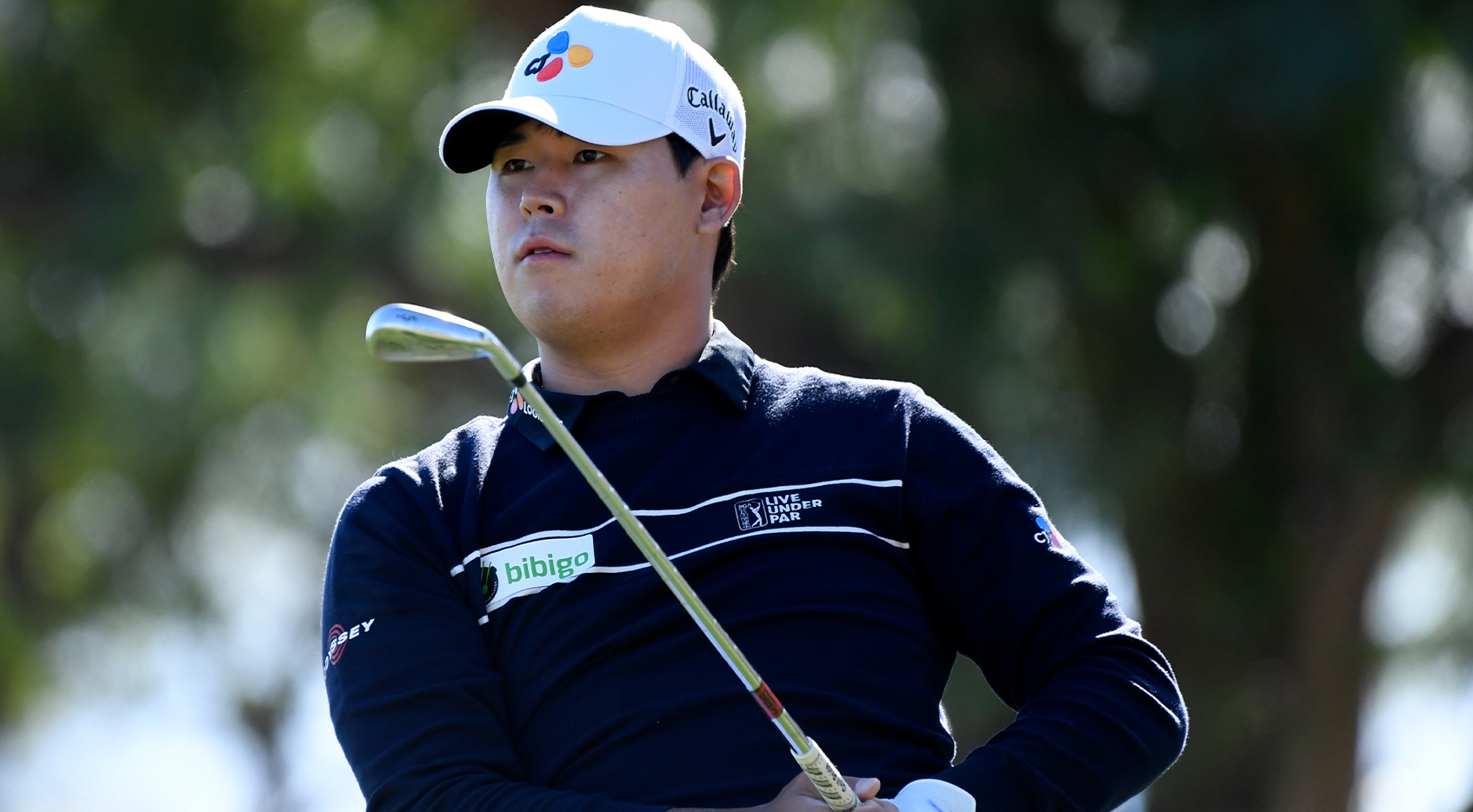 LA QUINTA, Calif. — Si Woo Kim left the Coachella Valley a year ago with his back aching again and his game in disarray.

The 25-year-old South Korean returned this week with a healthy back and a rock-solid mentality that didn’t even waver when Patrick Cantlay threatened to run away with The American Express.

Kim birdied two of the final three holes to finish an 8-under 64 Sunday, coolly rallying past the late-charging Cantlay by one shot to earn his third PGA TOUR victory.

A year after Kim shot a 15-over 87 in the first round and quickly withdrew from this event because of his persistent back problems, he began the final round with a share of the lead atop a crowded board. He endured a restless night as he prepared to chase his first win since THE PLAYERS Championship in 2017, a string of 102 straight starts without a victory.

“Every year, I’ve had a chance, but I couldn’t make it,” Kim said through a translator. “I had a lot of resolve in my mind last night. I took melatonin, but still I didn’t sleep very well.”

Kim acknowledged he watched the leaderboard while he played. Six groups ahead of him, Cantlay shot a 61 and surged out of 13th place to the front while breaking the Stadium Course record by two strokes.

“I had to know what’s going on, so I knew how to play my game in the final round,” Kim said. “I knew Cantlay played really well. I tried to keep patient and believe in myself. I got the chance on 16 and 17, and that’s when I could make it. I feel good about myself.”

Cantlay’s surge still only put him one stroke in the lead, and Kim comfortably birdied the par-5 16th to pull even. Kim then buried a 19-foot birdie putt on the island green on the 17th to move back in front, joyously pumping his fist when his perfectly paced putt dropped.

“I thought I would have a chance at a playoff,” Cantlay said after falling just short of his fourth career victory despite his best career round as a pro. “I played about as good as I can possibly play.”

Kim wrapped up his third bogey-free round of the tournament — all on the Pete Dye-designed Stadium Course — with a two-putt par on the 18th to finish at 23-under 265 in this Palm Springs-area event long hosted by Bob Hope.

“I just tried to focus on my game,” Kim said. “I didn’t even know I had a bogey-free round today.”

Cantlay was in 56th place when the third round began after making the cut on the number, but the Southern California native’s 65-61 finish shot him out of the crowded field and nearly led to his second victory of the 2020-21 season. He also won the ZOZO CHAMPIONSHIP in Thousand Oaks last October when it was relocated from Japan.

“I knew they still had a bunch of holes left, but really I put myself so behind the 8-ball (on Thursday and Friday),” Cantlay added. “I played unbelievable this weekend. I did everything I could. Just going to be a shot short.”

Australia’s Cameron Davis (64) finished a career-best third at 20 under. Tony Finau (68) finished fourth after starting the final round with a share of the lead in his quest to land his long-awaited second PGA TOUR win.

“A couple of those guys just went really low today,” Finau said. “I had some opportunities, I think, to shoot a number. But man, I’m kind of leaving today pretty encouraged. I played nicely.”

The 28-year-old Cantlay made 11 birdies in the final round, including six in eight holes on the front nine. Cantlay capped his spectacular round with a 37-foot birdie putt on the 18th, pumping his fist subtly for the few fans clapping from their houses near the green.

Cantlay was born in Long Beach, went to high school in Anaheim and was the Division I player of the year at UCLA before his pro career.

Third-round co-leaders Max Homa and Finau both faded, with Homa struggling to five bogeys in a 76, leaving him at 11 under. Finau posted his third top-10 finish of the season, but couldn’t keep up with Kim.