PONTE VEDRA BEACH, Fla. – Only the infamous 17th hole stood between Webb Simpson and a serious piece of history at The Players Championship.

Simpson’s sand wedge bounced off the boards fronting the island green and ended up in the water, leading to a double bogey. But that was the only thing the former U.S. Open champ did wrong all day, as he used a back-nine surge to build a seven-shot lead before settling for a five-shot cushion, heading into the weekend at 15 under.

“It’s rare as a golfer where everything is working well: driving, iron play, chipping and putting,” Simpson said. “Today everything came together.”

Simpson started strong with an opening-round 66, but he took it up a notch Friday with nine birdies and an eagle over his first 16 holes. That included six birdies in a row from Nos. 11-16, a stretch that tied the tournament’s longest streak and included a 22-foot make on No. 13 and a 28-footer from the back fringe on No. 15 – all to the amazement of his playing partners.

“Those putts were going in, they were just laughing,” Simpson said. “Tyrrell (Hatton) wanted me to touch his putter for him on 15, which I think is within the rules.”

Simpson needed to close with two pars to shoot a 61, which would have set a new course record on the Stadium Course by two shots. Instead, he became the seventh player to share the record of 9-under 63 and first since Colt Knost in the second round in 2016. He also tied the 36-hole tournament scoring record first set by Jason Day two years ago.

“I didn’t know the record. I figured I was probably close,” he said. “But to be honest, I cared more about having a good routine and hitting a good shot in this golf tournament than the record. The records are just bonuses to good play.”

When Simpson won the 2012 U.S. Open at Olympic, it was his third career victory and appeared to be a harbinger of more to come. But he has won only one time since, capturing the Shriners Hospitals for Children Open in October 2013.

He’ll now have his best chance yet to break that victory drought, carrying a handful of shots over his nearest competitors (Charl Schwartzel, Patrick Cantlay and Danny Lee) into the third round.

“I’m 15 under through two days here, which is a lot lower than I ever expected it to be,” Simpson said. “It’s a lot of fun to play good golf, and hopefully I can keep that up.” 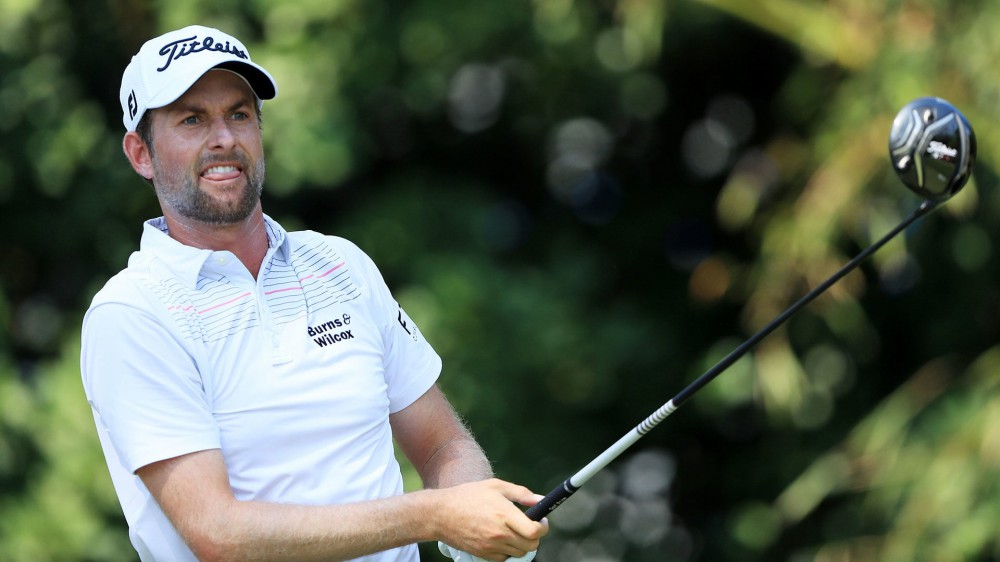