KAPALUA, Hawaii – Webb Simpson was searching for his ball in the weeds short of the fifth green Saturday at Kapalua when he stepped on a clump of grass and out popped the ball. Five days ago, he would have had to add one shot to his score.

Under the new Rules of Golf, he put it back where it was without penalty.

There has been plenty of talk about players putting on the green with the flagstick in the hole, and having to drop the ball at knee-high length instead of shoulder-length. This was the first example of the intent behind the five-year project to modernize the rules.

It’s all about common sense.

“Under the previous code where a player is searching for the ball, who is the most interested to find the ball? The player,” said Stephen Cox, a PGA Tour rules official “Who do we penalize? They player, who then becomes the least interested in finding the ball.”

One example of that came last year in the first round of the U.S. Open at Shinnecock Hills. Phil Mickelson pulled his approach into grass so thick that he couldn’t see it. A marshal placed a tiny flag in the vicinity of where it was last seen.

The marshal did, and Mickelson then asked an official if there was a rule that he had to play the shot if he couldn’t see it. There was no relief then or now for that one.

Simpson called for a ruling to be sure. It falls under Rule 7-4 that says, “There is no penalty if your ball is accidentally moved by you, your opponent or anyone else while trying to find or identify it.”

Simpson still was left in a tough spot in high grass. He blasted it over the green and eventually made bogey.

A year ago, it could have been worse.

Note: Ferguson is a golf writer for the AP. 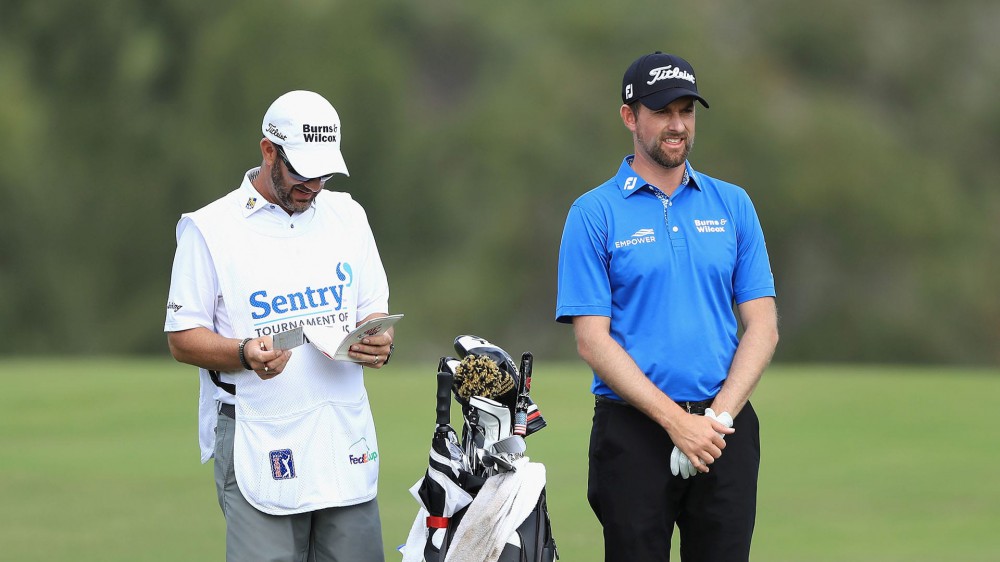