INCHEON, South Korea – The UL International Crown will play out Sunday with some potential fireworks in singles matchups.

So Yeon Ryu (Korea) will meet Lexi Thompson (United States) in a rematch of their ANA Inspiration playoff last year, when Thompson controversially was hit with a four-shot penalty for not properly returning her ball to its mark on Saturday of that event and then for signing for an incorrect scorecard. The penalties left Thompson in tears after she was informed of the breaches in the middle of the final round, but she rallied to get into the playoff with Ryu, who prevailed to win her second major championship.

The Republic of Korea, the United States, England, Sweden and Thailand all advanced through pool play to singles (Here’s a link to the standings and third-round summary). A victory is worth two points, with a halved match worth a single point.

The Koreans, seeking to win the UL Crown for the first time in three tries, will have their work cut out for them. They have some formidable singles matchups. There’s more than the Park vs. Jutanugran and Ryu vs. Thompson matchups. There’s also In Gee Chun vs. Sweden’s Anna Nordqvist and In-Kyun Kim vs. England’s Bronte Law, a gritty match play competitor.

Singles matchups were determined based on seedings, first on the seedings of the teams that advanced to pool play, and then based on the order in which teams submitted the names of their players for the semi-blind draw for singles pairings. 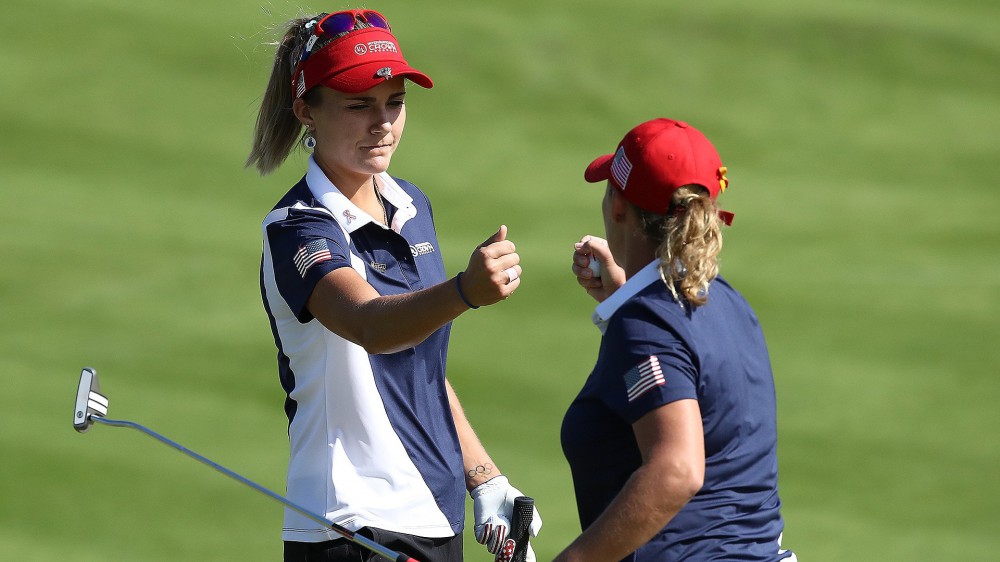 Mickelson watched 'just about every shot' of U.S. Open

Lyle confirms he is battling leukemia for third time