Skeptical Chamblee: Koepka has ‘made a believer out of me’

He accused Brooks Koepka of engaging in “reckless self-sabotage.”

He even questioned his toughness — a critique that (apparently) really pissed off Koepka.

But on Sunday night’s edition of “Live From the PGA Championship,” Golf Channel analyst Brandel Chamblee could only tip his cap.

“He’s made a believer out of me,” Chamblee said.

Koepka won his fourth major and second PGA Championship on Sunday, using a seven-shot overnight advantage to eke out a two-stroke victory in difficult conditions at Bethpage Black.

“I don’t know that anybody saw this coming,” Chamblee said, referring to Koepka’s four major championship wins in two years. “We saw his talent. We knew how good he was. We knew how far he hit it. We knew that he had good touch around and on the greens. But how is it that a man who’s only won twice in regular Tour events shows up at the events with the thickest pressure, that mean the most, with the most mental hurdles that everybody else trips over, and he just glides right over them, one by one by one? That’s miraculous, is what it is.”

In his post-round news conference, Koepka — who always carries a chip on his shoulder for motivation — was asked to name the time he felt the most disrespected or slighted in his career.

“Who told you you weren’t tough?” a reporter asked.

“I think we all know,” Koepka answered.

“To win wire to wire is such a mental accomplishment,” Chamblee later added on “Live From.” “It’s a Rubik’s Cube. You’re trying to match yourself to the pressures every single day, trying to keep those at bay. … He’s handled it mentally, he handled it physically, he handled it technically. … He’s made a believer out of me.” 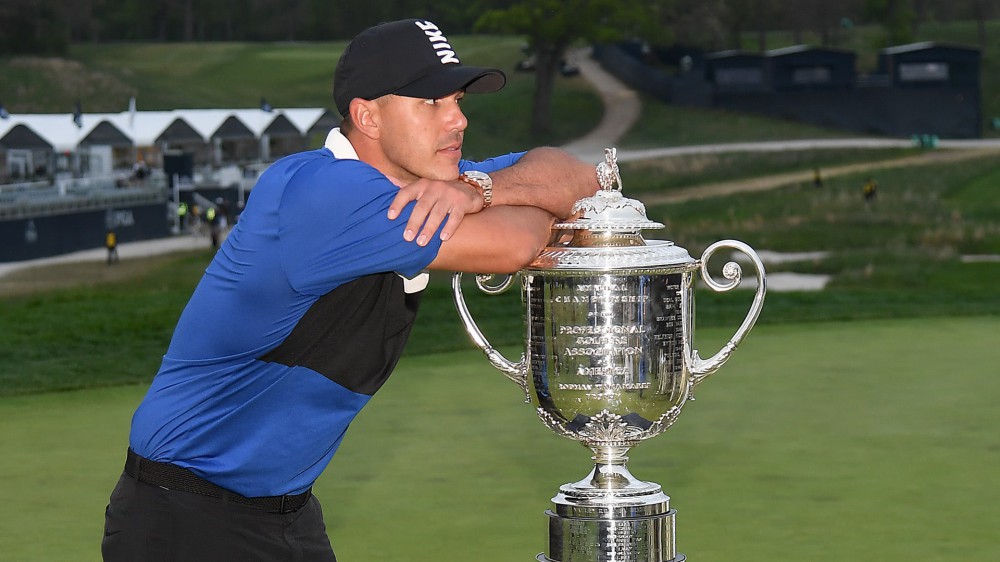