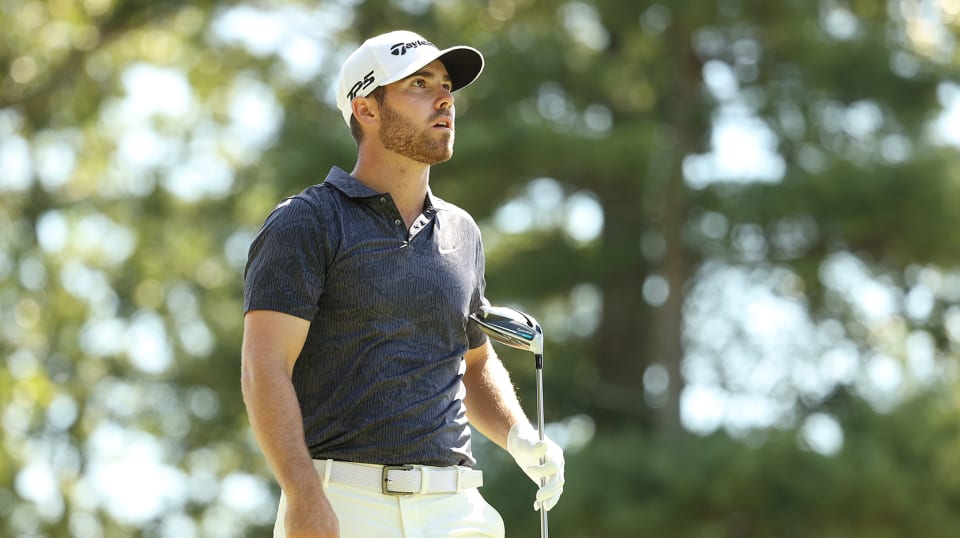 NOTE: For the BMW Championship, Rob focuses only on golfers outside the bubble to advance to the TOUR Championship. All five below slot worse than 30th in points.

Mackenzie Hughes … He’s been trending so hard and penetrating the tops of leaderboards with enough frequency that he’d be included in this grouping even if he ranked much lower than his current 36th in FedExCup points upon arrival at Olympia Fields. The Canadian spanned the hiatus with two podium finishes in four starts and has added a T6 at Memorial and a T13 at THE NORTHERN TRUST during his active, career-long consecutive cuts-made streak of seven. Despite bigger names below him in the ranks, he’s arguably the most dangerous to be a spoiler.

Matthew Wolff … As the most recent winner of the Fighting Illini Invitational at Olympia Fields in 2018 – one of six victories in his sophomore season at Oklahoma State University – the 21-year-old returns with high expectations. Not that he already hadn’t earned it at this level, of course. He’s 33rd in points and recently finished T4 at the PGA Championship, his fourth top 25 in his last seven starts. The strange twist about this week’s host is that the youngest professionals in the field have competed on it more recently than their older peers, if the veterans have at all. Dylan Frittelli was the runner-up in the 2011 Illini and Robby Shelton was a co-winner in 2013. After Maverick McNealy shared the championship in 2014, he won it outright in 2015. Cameron Champ followed with victory in 2016. All qualified this week.

Matthew Fitzpatrick … Arrives at 60th in the FedExCup standings and hasn’t occupied a position inside the top 45 all season, but his reputation for firepower precedes him. As a non-member who came close to finishing inside the top 125 with equivalent points on multiple occasions, the script as a first-time member in 2019-20 would seem unfinished if he didn’t advance all the way to the TOUR Championship. In the last 14 months, he’s recorded four runner-up finishes, a solo third and a T4 among 11 top 10s worldwide.

Corey Conners … Putting always matters, but he’s going to put to the test the theory that ball-strikers thrive on unfamiliar greens. While ranked among the worst putters on the PGA TOUR, he’s armed with the kind of tee-to-green precision that has lifted him to 54th in the FedExCup. With no cut at Olympia Fields, his aerial assault brings into the mix the omnipresent what-if; that is, what if he finds his touch on the greens? He might lead the field in scoring opportunities. Sits 21st on TOUR in fairways hit and fifth in greens in regulation. Last week’s T25 at TPC Boston was his fourth top 25 of the restart.

Mark Hubbard … The 31-year-old has been kicking the tires of the top 30 all season. He’s currently 34th and 8-for-9 with a pair of top 15s since play resumed, so he still has a shred of momentum in his BMW Championship debut. Pacing the PGA TOUR with 46 sub-70s despite ranking T16 in total starts (23). Average on approach, but as one of the best putters in the field, he could do damage with the promise of 72 holes.