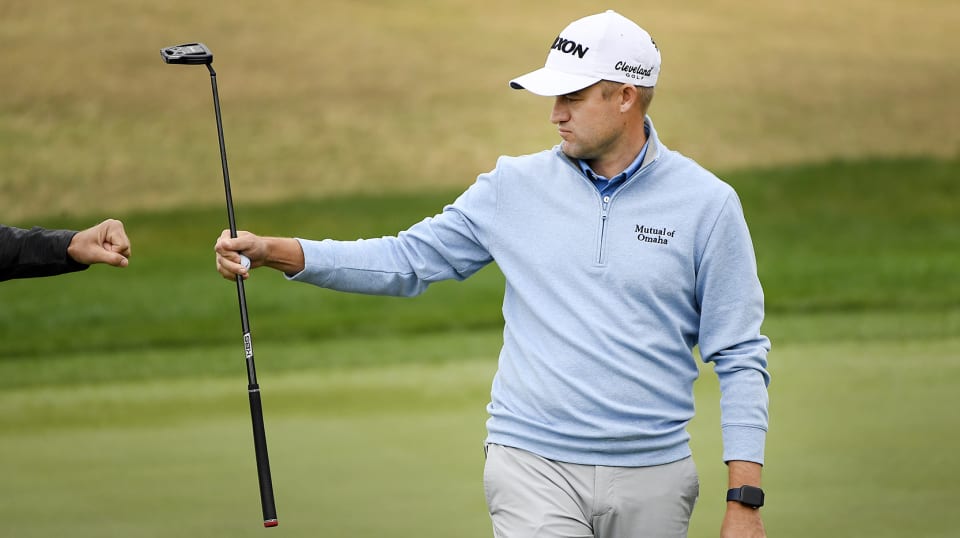 Russell Knox … If you argued that he had a short-term memory, you’d struggle collecting evidence. After bridging the 2019 holidays with 11 consecutive cuts made worldwide, he bracketed the three-month hiatus of 2020 with 10 straight missed cuts. Since connecting for a T25 at the Barracuda Championship on the first weekend of August, he’s 7-for-11 with six top 25s, the latest of which a T16 at The American Express where he was positioned two strokes off the pace of the 54-hole tri-leaders, a fate resembling his final-round fade at Mayakoba where he backpedaled to a T23 with a closing, even-par 71 in early December. Since 2014, he’s survived four of five cuts at Torrey Pines. Two went for a top 25, including a T21 during last year’s sustained form. Currently third on the PGA TOUR in greens hit and 21st in proximity, both components of his core strengths. A potential bonus this week is the weather that figures to challenge. The next Scot you meet who doesn’t present as a threat in less-than-favorable conditions will be the first.

Matt Jones … Turning 40, as he did during the three-month shutdown last year, can wreck a guy. For him, it’s just a number. In fact, he’s performing as if he’s still in his prime. The Aussie already has a T4 (Bermuda) and another three top 25s contributing to a 7-for-9 season. His short game is on point and he’s 20th in adjusted scoring. In 10 starts at Torrey Pines, he’s cashed eight times, thrice for a top 25, including a T13 in 2019.

J.B. Holmes … Bothered by a shoulder injury last summer, he’s been limited to three starts this season. The Farmers marks his first appearance since the Shriners in early October. While health and recent form don’t suggest that he’ll be a threat at Torrey Pines, he arrived for his 16th consecutive appearance in similar shape to last year’s trip. At THE CJ CUP @ NINE BRIDGES the previous October, his sore shoulder forced him to withdraw during the third round of that no-cut event overseas, but he’d go on to author a steady T16 at Torrey Pines three months later. It was his fifth top 25 in the tournament since 2015 when he lost in a playoff. The 38-year-old has been a puzzle amid maladies as he’s aged, but he’s undeniably comfortable here.

Talor Gooch … The fourth-year member out of Oklahoma State University checks all of the boxes. The glossiest example is a T3 at Torrey Pines in 2019 when he flashed the kind of balanced attack that has come to define his ability. (He’s 3-for-3 in his burgeoning career in the tournament.) Currently in positive territory in every Strokes Gained measurement, 13th in scrambling and 45th in adjusted scoring. The only knock might be inconsistency from start to start, but if it is a knock, then it’s a compliment because expectations have risen proportionally with his ascent in the ranks. And it’s not like he isn’t thriving. Sits 41st in the FedExCup with a pair of top fives and a T21 last week at PGA WEST.

John Huh … After Chris Kirk (Sony) and James Hahn (Amex) fulfilled the terms of their Major Medical Extensions in consecutive weeks, Huh is trending arguably stronger than all remaining who’ve yet to clear their hurdle. He has 10 starts to earn 141.742 FedExCup points and retain status for the remainder of the season. He’s only 54.195 from achieving conditional status as a backup, but as a PGA TOUR winner, he’s eligible for the Playoffs even if he falls short of that. Currently 81st in the FedExCup with four top 25s on the season, including a T21 at PGA WEST. Eighteen of his 20 rounds this season beat par; 14 of those were sub-70s. To exceed the goal on his medical this week, he needs no worse than a three-way T3 worth 145 points. Since his Rookie of the Year season of 2012, he hasn’t missed a start at Torrey Pines and has gone 8-for-9 with a pair of top 10s.