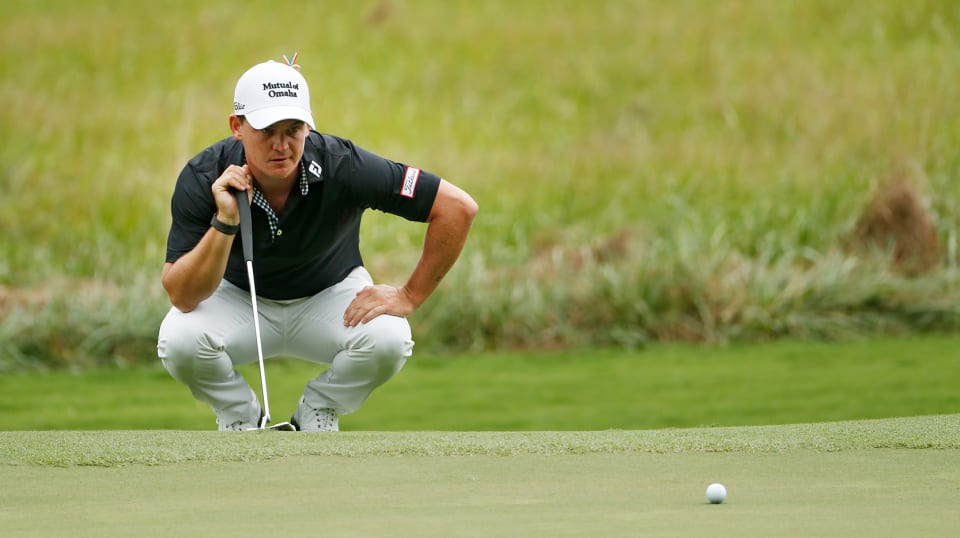 Bud Cauley … If the Safeway Open was a 54-hole affair in each of the last three years, he probably would have shoved his way into the Power Rankings. However, since 2017, he’s finished T7, T46 and T44 after entering those final rounds positioned T3, T15 and T9, respectively. Part of the reason for the fades is the challenge of the course and the conditions, part of it is proof of how hard it is for any touring professional to put four rounds together, and yet another part of it is the learning curve on how to win a PGA TOUR event for the first time. This is his 184th TOUR start as a pro. Class is out for him at Silverado, so all he needs to do is put his skills back to work and trust in why he’s had so many close calls. Polished off the regular season with a T15 at Sedgefield where a closing 65 was his lowest final-round aggregate on TOUR in over six years.

Doc Redman … With one season as a PGA TOUR member under his belt, and a successful one at that (71st in the FedExCup), his star continues to rise. Only 22 years of age, he lived amongst the most consistently strong ball-strikers in 2019-20, ranking T13 in fairways hit, ninth in total driving and 12th in greens in regulation. His putting was at TOUR average, so he profiles as a talent who should contend in shootouts. That’s not the setup at Silverado where he missed the cut in his debut a year ago, but with a T3 at Sedgefield highlighting four top 25s since play resumed, he won’t have to dig deep to connect with the feels of good form.

Carlos Ortiz … Embarks on his fifth season as a PGA TOUR member after finishing 51st in the FedExCup with a T25 at the BMW Championship. While impressive, it was his lowest ranking after he logged a T4 at the Sanderson Farms Championship in his second start. The following week, he finished T40 at Silverado to improve his record to 4-for-4, albeit sans a top 30. His scoring average in 16 rounds here is 70.94. Accentuates an average game off the tee and into targets with masterful touch around greens. With his knowledge of the undulations and the confidence of another solid season behind him, he projects to record a personal best this week.

Vincent Whaley … No longer a rookie, but he was one of four among his outgoing class who competed in the Korn Ferry Tour’s Lincoln Land Championship presented by LRS last week. He beat them all with a T17 after opening with a 63. (He placed T3 in the same event on the same track last year.) When he cut his teeth on the KFT in 2019, the Georgia Tech product was the sum-is-greater-than-hits-parts guy at 13th in the all-around with nothing specific about his game standing out. A bonus is that he finished T13 in par-5 scoring. A year later and little has changed analytically despite the absence of experience at this level. Now he’s benefited by cycling through familiar venues. That includes Silverado where he missed the cut despite birdies (and no bogeys) on half of the par 5s that he played.

Joohyung (Tom) Kim … It’s impossible to overlook what he’s already achieved abroad. He first attracted serious attention with a T4 in Singapore in January. That yielded an exemption into the 2020 Open Championship that eventually was canceled. He won thrice internationally in 2019, and did so again in the KPGA this past July. That was in advance of his PGA TOUR debut at the PGA Championship where he missed the cut. Currently leading the KPGA in scoring average, sixth on the Asian Tour’s Order of Merit and 111th in the Official World Golf Ranking (after climbing to a career-best 92nd two months ago). Oh yeah, he turned 18 in June.