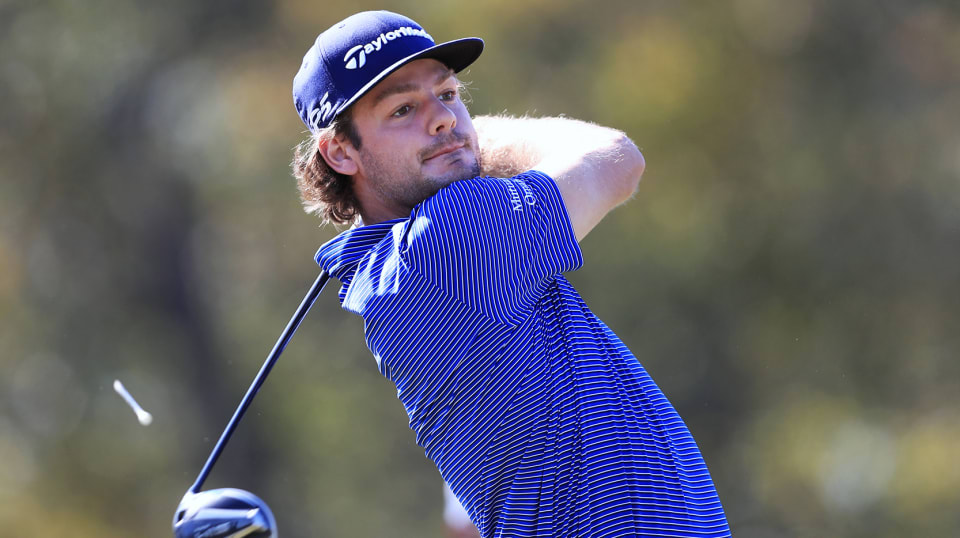 Doc Redman … He ignited a phenomenal fall for Sleepers as a whole with a T3 at the Safeway Open. It occurred a month after the same finish at the Wyndham Championship. He’d follow with a T4 at the Bermuda Championship. Needless to say, the Clemson product is unafraid of the top of the leaderboard. The American Express is his first start since turning 23 during the holiday break, and it wouldn’t be surprising if he contended yet again for his breakthrough victory on the PGA TOUR. Flashing experience-laden confidence beyond his years off the tee and with his irons, PGA WEST is the kind of stage where his skill set can really shine. He carded a trio of 68s and a 70 en route to a T28 in his tournament debut last year.

Sepp Straka … With a T33 (Corales) and a T5 (Houston) as a Sleeper for each of those tournaments, the 27-year-old also did his part in delivering on elevated expectations in the fall. He’s poised to do it again in the Coachella Valley where he finished T4 last year while ranking T2 in greens hit and third in scrambling. Fresh off a T25 at Waialae for his fourth top 25 of the season, he’s already just one short of his total in each of first two seasons on the PGA TOUR.

Wyndham Clark … Although he’s logged six starts this season, he’s evidence as to why statistics are golfer-specific and skewed. Five his 20 rounds haven’t been lasered by ShotLink, so his Strokes Gained analytics are misleading. Not that he cares. He put four of them together at the Bermuda Championship where he lost in the playoff to Brian Gay. With a smaller sample size contributing to his stats, the terrific putter slots an uncharacteristically low 174th on the PGA TOUR in Strokes Gained: Putting. Assuming he improves on that, which is all but guaranteed, what’s intriguing is that he’s T78 in hitting greens in regulation and a reflection of all rounds played. If he can sustain even an average rank among his peers, he’d headed to a breakout season. Bermuda’s close call is one of three top 25s already. A T18 in his debut at PGA WEST in 2019 is further reason why another is imminent.

Harry Hall … The first time that the Englishman appeared on the PGA TOUR, he was a Sleeper for the 2020 Farmers Insurance Open for which he was the medalist in open qualifying. He missed the cut in the tournament proper. The American Express is his second TOUR appearance. Lo and behold, here he is on this page again and he’s even more deserving of the attention this time. He had connected top-15 finishes in South African immediately prior to the Farmers a year ago. Since, he’s gone on to record a T2 and another pair of top 10s on the Korn Ferry Tour where he’s positioned 68th in points in the combined season of 2020-21. The 23-year-old product out of UNLV is like a magnet for the hole on the greens. He’s currently second on the KFT in putts per GIR, first in putting: birdies-or-better and third in scoring average.

John Augenstein … The American Express marks his debut as a professional. He concluded his decorated amateur career with a T55 at the November Masters for which he was eligible as the runner-up of the 2019 U.S. Amateur. Formerly teammates at Vanderbilt with the likes of Will Gordon and Matthias Schwab, Augenstein blazed his own trail that generated Freshman of the Year honors in 2016-17 and recognition as the Southeastern Conference Player of the Year in 2020. He also scaled as high as No. 4 in the World Amateur Golf Ranking. Because of the timing of his decision to join the play-for-pay contingent, his sponsor exemption to compete at PGA WEST projects to be the first of a handful this season.