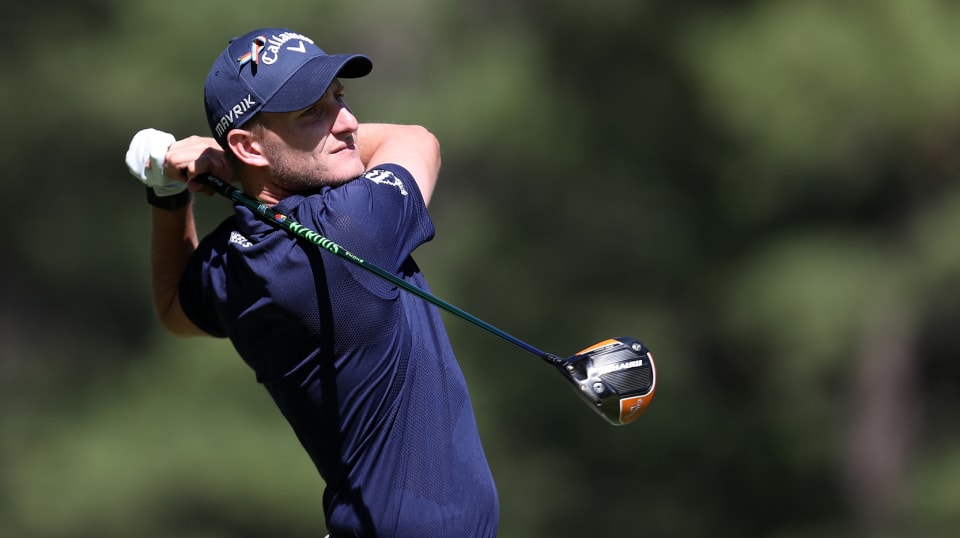 NOTE: For the next two events, Rob will focus only on golfers outside the bubble to advance in the FedExCup Playoffs. All five below enter THE NORTHERN TRUST worse than 70th in points.

Tom Lewis … Other than maybe Wyndham Championship winner Jim Herman, few have done more with a chip and a chair in PGA TOUR-sanctioned competition in recent memory than the Englishman. And here he is seeded 123rd in his FedExCup Playoffs debut. You’ll recall that in his only career Korn Ferry Tour start, he won the KFT Championship in the 2019 Finals. That yielded a PGA TOUR card for 2019-20. He went 0-for-3 in the fall and didn’t make his first cut until The Honda Classic (T47). An improved summer was punctuated by a stunning co-runner-up finish at the World Golf Championships-FedEx St. Jude Invitational. That lifted him 74 spots and eventually into THE NORTHERN TRUST.

Emiliano Grillo … It was just a month ago when he was in jeopardy of not qualifying for his fifth consecutive Playoffs in as many tries, but the 27-year-old rallied for a T3 at the 3M Open where he gained strokes on the field with his putter for the first time in seven starts since play resumed. He added a T9 at the Barracuda Championship at a T66 at the PGA Championship to enter at 92nd in points. TPC Boston has been a gem of a spot for him as well. Since debuting with a T33 in 2016, he improved progressively with a solo 22nd in 2017 and a T7 in 2018.

Jason Kokrak … Whatever bothered him at Memorial where he withdrew after one round may have run its course. He’s fresh off a T15 at the Wyndham with a second-round 63. Finished the week T12 in greens hit, ninth in proximity, seventh in Strokes Gained: Tee-To-Green and eighth in putting: birdies-or-better. Slots 90th ahead of TPC Boston where he has three top 25s, including a T24 in the last edition in 2018.

Brian Stuard … He’s been quiet since the mildest of surges that culminated with a T30 in his home-state Rocket Mortgage Classic, but he’s fared a little better over time at TPC Boston. From 2013-2018, he went 4-for-4 with a pair of top 25s. The 76-seed usually ranks among the leaders in fairways hit, so his best chance to advance is to lean on that superpower while he manages his misses with the confidence that his terrific greenside game will clean up if necessary.

Matt Jones … Might feel like he has unfinished business at TPC Boston, site of a T4 in his last trip in 2015, albeit seven strokes back of champion Rickie Fowler. Jones closed with 74. He’s been a steady if unspectacular performer throughout this season, but he has scattered four top 20s, the most recent of which a T14 at the Workday Charity Open. Sits 86th in the FedExCup standings.