AUGUSTA, Ga. – The speed of the greens at Augusta National have flummoxed many a player in Masters history. Just not usually in the way they got to Rory McIlroy on Thursday.

McIlroy entered the 83rd Masters Tournament as a clear favorite, having cracked the top 10 in each of his first seven starts this year including a win at TPC Sawgrass. But his chase for the final leg of the career Grand Slam got off to a bumpy start as the Ulsterman struggled with consistency, cancelling five birdies with six bogeys to card a 1-over 73.

Four of those bogeys came on the second nine, as McIlroy dropped shots on Nos. 17 and 18 after missing putts from inside 7 feet. According to McIlroy, his issue on the greens wasn’t that they were too fast – it was that, after plenty of rain early in the week, they were slower than he expected, leading him to over-read the break in several putts.

“The greens are maybe 2 or 3 feet slower than they usually are, just because it’s been so soft and with the rain,” McIlroy said. “Sometimes that happens. They will get faster as the week goes on, so it’s just a matter of adjusting.”

McIlroy still has a chance to make those adjustments, but the path to a coveted green jacket just got much more arduous. Several of the players surrounding him in the world rankings got off to a strong start, including world No. 4 Brooks Koepka. But McIlroy was actually upbeat following his round given the fact that the leaders hadn’t created as much distance from the pack as he expected.

“I’m sort of surprised that there hasn’t been lower scores out there,” McIlroy said. “It’s soft. The greens are sort of slow. It’s there for the taking, and I’m surprised someone hasn’t run off.”

McIlroy had plenty of highlights during his round, including three birdies in a four-hole stretch from Nos. 13-16. But the issue Thursday was bogey avoidance, not birdie creation, and it’s one he’ll have to address with some urgency if he wants to keep alive any realistic hopes of winning the only major that has eluded him to date.

“I think I’ve sort of been through it all here at this golf course,” McIlroy said. “I can accept some mistakes, but six bogeys out there is a little too many and I’m just going to need to tidy that up over the next few days.” 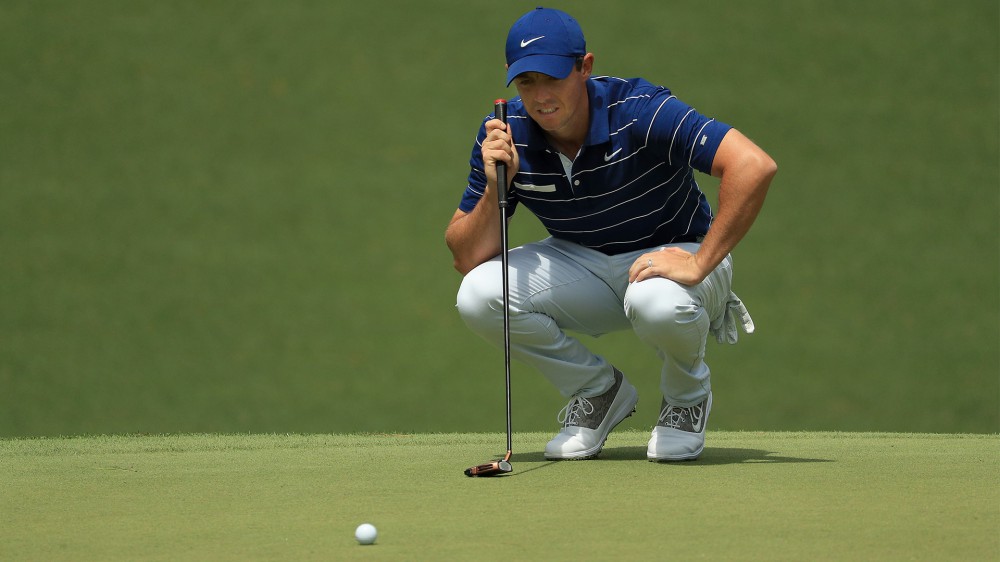 Fresh off her first win, N. Korda heads to Japan

Thomas calls Spieth's shot on Twitter, others in awe