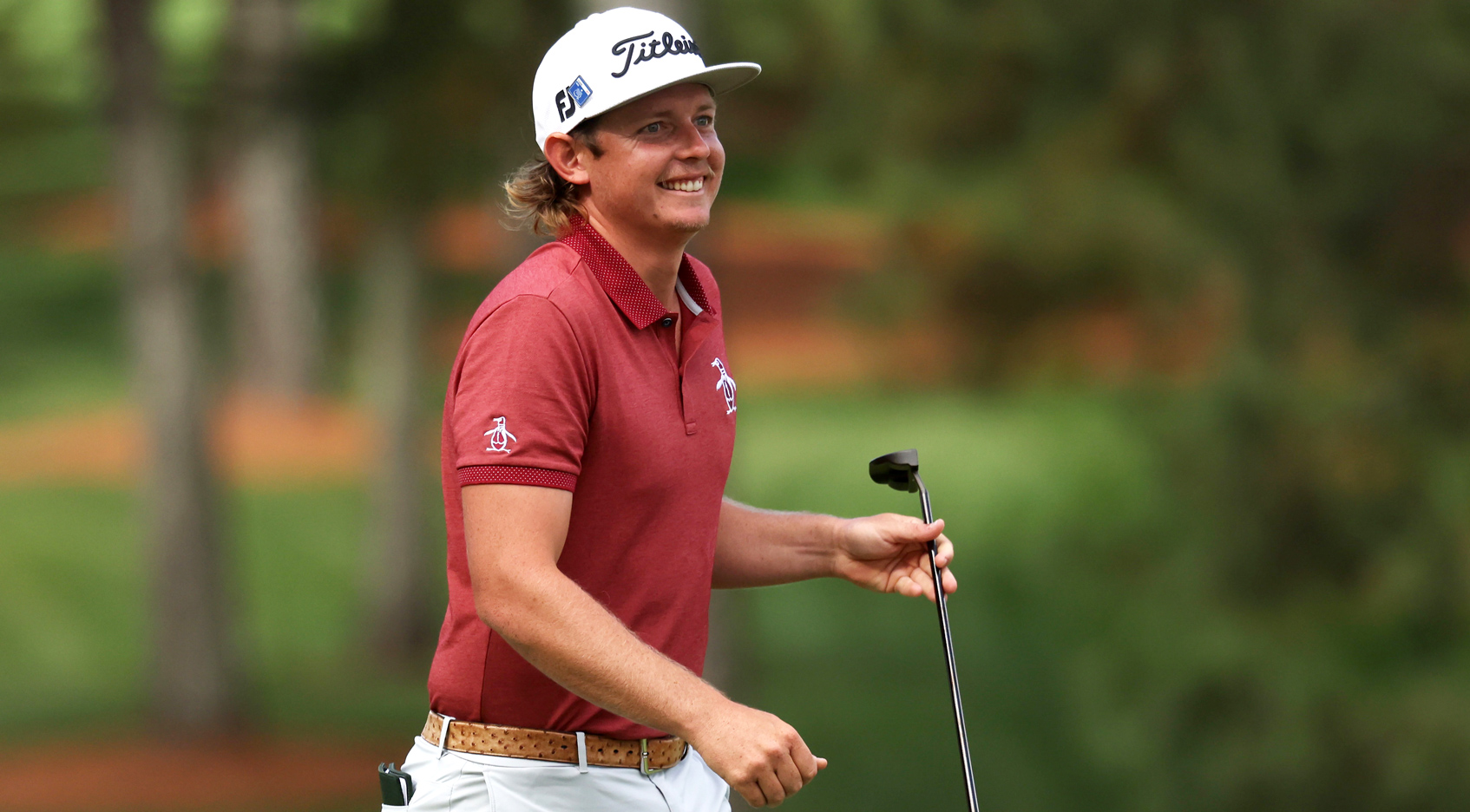 AUGUSTA, Ga. – Cameron Smith had no idea he had just become the answer to a new bizarre sports trivia question.

Still contemplating what might have been, the 27-year-old two-time PGA TOUR winner walked off Augusta National as the first player ever to record four rounds in the 60s at the Masters. In 84 versions of this tournament it had never been done before.

Not by Tiger Woods, nor Jack Nicklaus. Not by Arnold Palmer or Phil Mickelson. Or Gary Player. Not Bobby Jones or Gene Sarazen. No one.

But despite the feat, Smith was not heading to Butler Cabin to get a new Green Jacket. Not even close. He had run into a buzzsaw. FedExCup champion Dustin Johnson was five shots clear at the top.

“That’s pretty harsh to get that record and not win,” three-time Masters winner Nick Faldo said of Smith’s achievement.

Smith not only entered the record books for his sub-70 rounds, but his 15-under 273 total was the best ever by a runner up. He shared that mark with his International Presidents Cup teammate Sungjae Im. In all but seven previous Masters 15 under would have won.

“It would have been cool to do that and win. I was actually saying I’d take 15‑under around here the rest of my career and I might win a couple,” Smith mused of both the achievements. “I honestly can’t believe it, but I put it down to scrambling and digging deep. But credit to DJ. He was just too good this week.”

Even if Smith’s 67-68-69-69 wasn’t good enough to win. It will forever be folklore. He managed to get there with a scrambling clinic. On Saturday afternoon, the young Australian missed the final three greens in brutal places. He parred each hole.

On Sunday, he cut Johnson’s initial four shot lead to two at the turn after two all-world birdies.

Last season’s Sony Open in Hawaii champion faced what appeared a certain punch out to, at best, a greenside bunker on the par-4 seventh hole after his drive leaked right into the trees.

But Smith saw a tiny window up through the branches. He decided to gamble.

Swinging as hard as he could he launched the ball into orbit and it cleared through the debris and onto the putting surface from 120 yards to 10-feet before making the putt.

“I wasn’t here to finish second,” Smith said of his aggressive play.

“I knew I had to keep the pressure on Dustin. There was a small gap up there. The club was pretty good. Just had to hit it really hard and it turned out well.”

Smith then hit a brilliant approach from the pine straw on the par-4 ninth to a few feet and nailed the putt to be within two of the lead.

But his hopes of victory faded with a bogey on the par-4 11th. And despite another brilliant up and down on the 15th for birdie, Johnson pulled away.

“I felt as though I needed to shoot three or four under on that back nine,” Smith said. “I still felt I had a chance after 15 if I birdied the last four… it would at least make him think about it. But it wasn’t to be.

This is a massive confidence booster. It’s a shame I’m not going to play a tournament for a couple months, but I can’t wait to start back up in Hawai’i, and obviously try and defend there would be awesome,” Smith added.

“And then we have some other good tournaments, including THE PLAYERS Championship where I’m based before another crack at this here. Good times ahead.”

For Im, the final round started well. After five holes he had cut Johnson’s lead from four to one but as Johnson produced a great birdie on the par-3 sixth, Im was on his way to a bogey.

The South Korean dropped three back and it was four a hole later after another bogey. He never got closer from that point on.

“This is definitely going to be a memorable Masters for me, not only because this is my first appearance, but my initial goal at the start of the week was just to make a cut and get into the weekend. So to finish tied for second is unbelievable,” the former PGA TOUR Rookie of the Year and current Honda Classic champion Im said.

“Dustin definitely plays at another level. Just watching him play, he makes the game look so easy. Leading up to this week, I struggled with my putting a little bit. So I made a change with my putter and I putted so well, and that’s what made the difference.”