So, Tiger, what's the deal with the gum? Woods answers, kind of

AUGUSTA, Ga. – After a successful week in Augusta, Tiger Woods leaves town with his fifth green jacket, his 15th major title and a sore jaw.

Woods was chomping on gum throughout the 83rd Masters, including during the final round when he erased a two-shot deficit to Francesco Molinari and won here for the first time since 2005. The gum-chewing behavior was embraced by other contenders this week, notably Phil Mickelson, and Woods was asked about the habit during his post-round news conference.

“I’m chomping on this gum because I usually get hungry, I keep eating so much. And it curbs my appetite a little bit, which is nice,” Woods said. “Most of the time, most of the issues I have at tournaments, I lose so much weight as you all know.”

Woods also shared that as he chewed his way around Augusta National, he felt a pervading sense of calm as he chased down Molinari and held off the likes of Brooks Koepka and Dustin Johnson to win another major at age 43.

“I just felt so prepared coming into this event,” Woods said. “Prep for the Masters started six months ago, so just trying to make sure I get ready to peak for this one week, and I did, and everything came together which is great.” 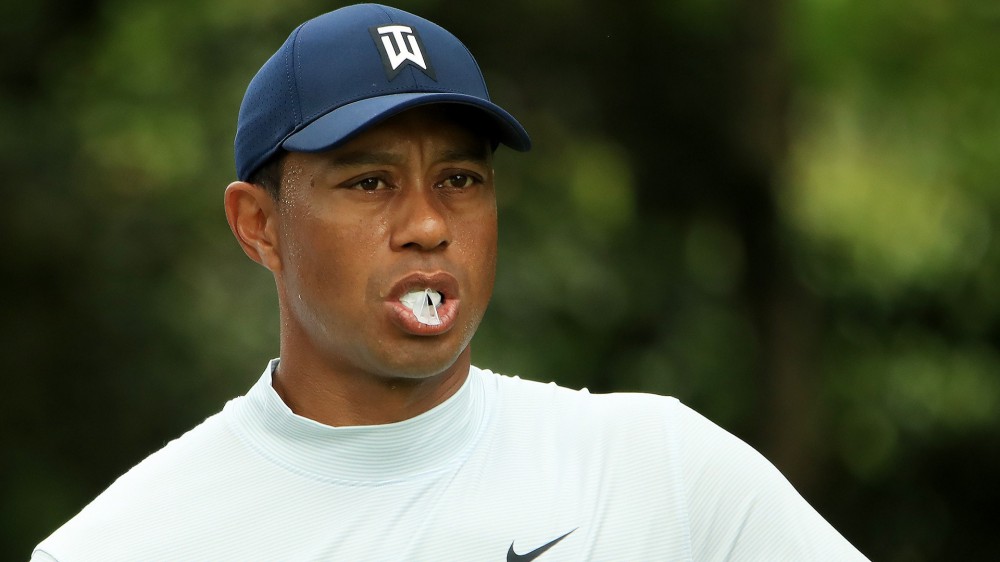