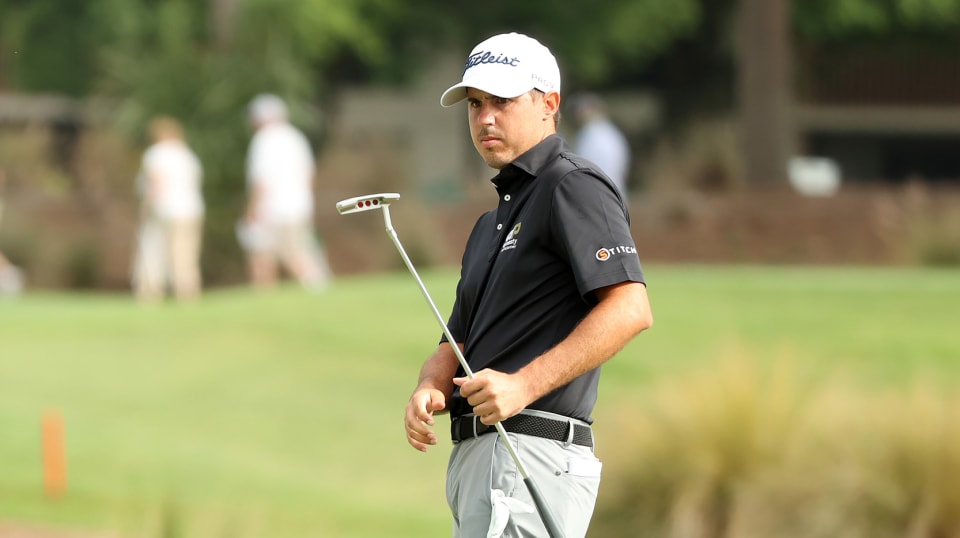 With his heralded big brother on the sideline this week resting a troublesome knee, Chase Koepka did his part to make the family business shine at The Honda Classic. Koepka, 27, is the younger of the Koepka boys (Brooks, a four-time major champion ranked 12th in the World Ranking, is three years older). Chase played The Honda Classic on a sponsor exemption and seemed to taste a bit of everything over four days.

On Sunday, he made a nice up-and-down from a plugged lie in a bunker next to the 18th green to place the finishing touches on a 3-under 67 that pushed him into red numbers for the week. Koepka’s 1-under 279 total left him tied for 30th place.

On Friday, cut day, he became only the 10th player in Honda’s history to birdie his way through the daunting Bear Trap (Nos. 15-17) and shot a second consecutive 69 and make it to the weekend. On Saturday, he played those same holes in 4-over par (bogey, bogey, double) and shot 74.

Chase Koepka is still plugging along on his golf journey. He has followed his older brother’s successful model of gaining experience mostly outside of the United States, getting starts on the European Tour and European Challenge Tour. So it was nice for the native of West Palm Beach just to compete, and play well, in front of familiar faces at his hometown tournament, a venue where he and his brother used to serve as standardbearers.

Big brother Brooks fed words of encouragement through the tournament on FaceTime calls, and their father, Robert Koepka, showed where the boys get their toughness as he walked along in Chase’s gallery less than two weeks after undergoing open-heart surgery.

“It was amazing, the fact that I could play in front of my family and friends,” Chase said on Sunday. “I know a lot of people haven’t been able to see me play golf in a while and for the first time a lot of my friends got to see me play, just in general. I think that was just something really, really special.”

Chase Koepka was twice a runner-up on the Euro Challenge Tour in 2017, and plans to mostly play the Korn Ferry Tour in 2021. He got ready for the Honda by playing a handful of mini-tour events, and for the most part, his game was plenty good enough, even if it wasn’t always at its sharpest.

As big brothers do, Brooks, who was runner-up at Honda two years ago, playfully gave Chase a hard time after his little brother struggled on Saturday. But as Chase showed all week at PGA National, he’s not afraid to battle back.

“I think my caddie told him that technically, my track record here is a little better than his,” Chase said. “I don’t have a missed cut here, and I think he’s got a number of them. He does have a second-place finish. I’ll give him that.”