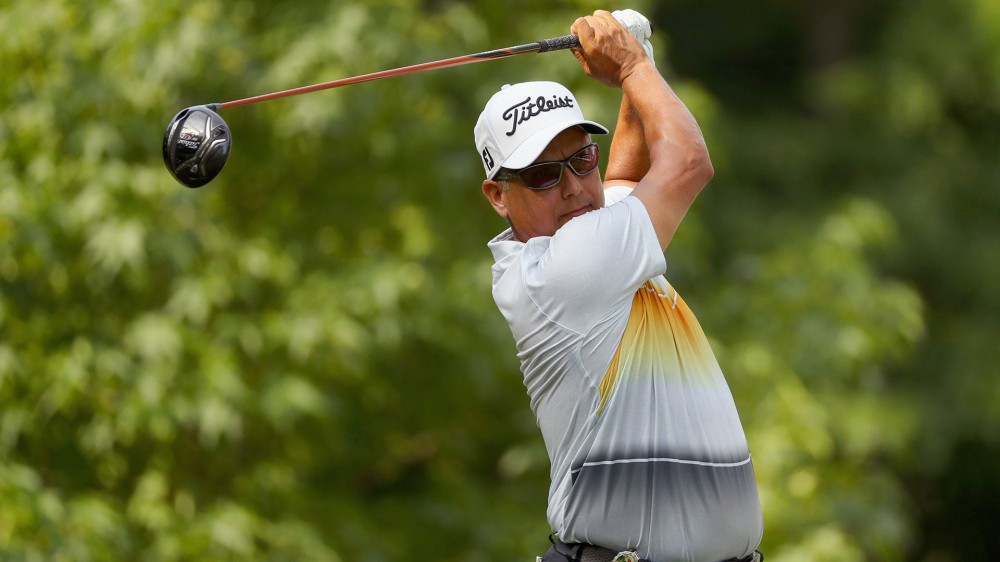 But, according to Golf Digest, Uresti’s victory hasn’t sat well with some PGA teaching professionals, who believe former tour players like Uresti shouldn’t be allowed to play in their national championship.

Since Uresti was a PGA Tour player for more than 20 years, he has an A-3 life member status in the Southern Texas Section of the PGA of America.

Darrell Fuston, who sits on the board of directors for the Southern Texas section and is the director of golf at The Woodlands (Texas) Country Club, told Digest that the problem is not Uresti, but the rule.

“To me, Omar hasn’t done anything technically wrong,” Fuston said. “He’s playing by the rules as they are established. But it doesn’t feel right.”

Don’t expect a rule change any time soon. When contacted by Digest, the PGA of America issued this statement.

“The PGA of America has a diversified membership, which includes former and current Tour players. Omar is eligible to compete in our PGA Professional Championship because PGA Tour pros are eligible for PGA of America ‘Class A’ membership [which is how he originally became a member].

“He played more than 20 years on Tour. Once he was no longer playing on Tour, like any other PGA Member who had 20+ active years of PGA Membership, Omar became eligible for ‘Life Member-Active’ [and] therefore eligible to compete in the PGA Professional Championship, and in addition, hold PGA office and vote.

“Omar, like all other ‘Life Member-Active Members,’ is required to complete the Member Service Requirements of the Professional Development Program (continuing education and Association activities) over a three-year period.

“We congratulate Omar on his victory and look forward to seeing him compete this August at the PGA Championship at Quail Hollow Club.”