PHOENIX – The Spaniards were on fire Saturday at the Bank of Hope Founders Cup.

While it seemed as if everyone was going low in the third round, nobody went lower than Carlota Ciganda and Azahara Munoz.

They both shot bogey-free, 9-under-par 63s at Wildfire Golf Club. It was a big deal in Phoenix as both are former Arizona State Sun Devils.

“It was fun,” Ciganda said. “I’ve been playing great, hitting a lot of greens, so it was a matter of making putts.”

Ciganda got really hot coming down the stretch to get near the top the leaderboard. She played the final five holes in 5 under to finish at 18 under overall. The only player ahead of her is Yu Liu, who birdied her last hole of the day to get to 19 under.

She eagled the Aon Risk Reward Challenge hole (No. 15), which was playing 479 yards. She hit driver and then 7 iron to 12 feet.

“That gave me a little bit of momentum,” she said.

Munoz also eagled the hole, despite chunking her bid to reach the green in two. She ended up pitching in from about 70 yards.

“It was fun today,” Munoz said. “Everything was working.”

Munoz won the NCAA individual title while playing for the Sun Devils in 2008 and teamed with Ciganda to lead ASU to the team title in ’09. 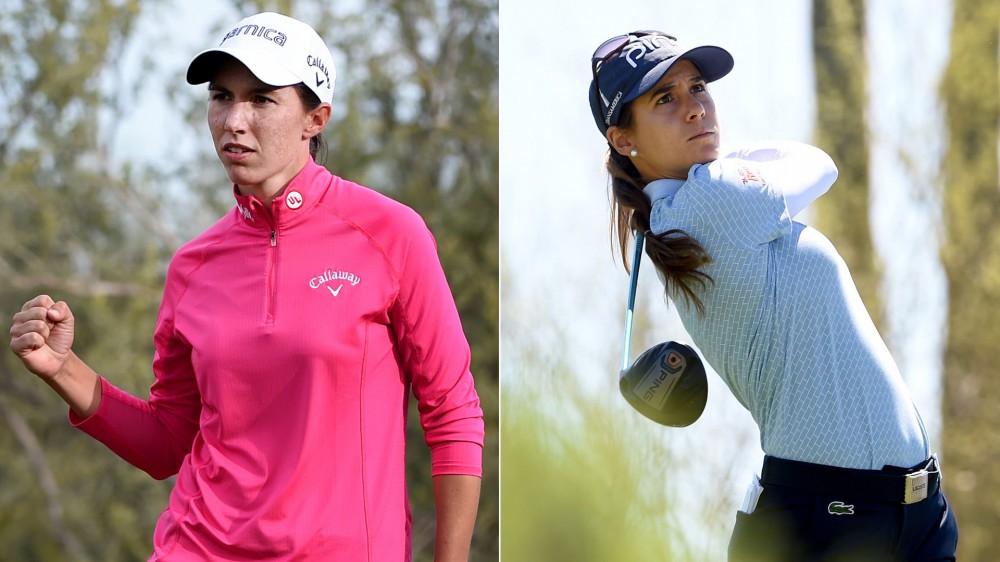