LOS ANGELES – Jordan Spieth completed his opening round of the Genesis Open early Friday and planned to spend the rest of the day relaxing and preparing for what promises to be a marathon weekend.

Although his bogey-free, 7-under 64 left him two strokes clear of the field at the weather-delayed event, he didn’t expect that lead to hold up considering he wouldn’t tee off in his second round until Saturday.

“This afternoon wave’s getting a soft golf course with the tees up and some pretty benign conditions, so even if you’re pushing to the lead of the morning wave, it’s likely that somebody’s going to shoot 7, 8, 9 under, even though it’s Riviera,” said Spieth, who chipped in for birdie twice during his first round. “It’s as gettable as it can possibly be right now.”

Spieth said he continues to make progress with his game, particularly his putting. He’s currently third in the field in strokes gained: putting. But he knows how challenging the weekend will be following Thursday’s delays, which will likely mean the third round won’t be completed until Sunday morning.

“I’ve had to play 30 holes, 36 holes in a day a couple years ago and it can be very taxing here,” he said. “It’s tough, it’s spongy ground, it will wear on you a bit if you’re not careful. It’s all about trying to save as much energy as possible more than anything else.” 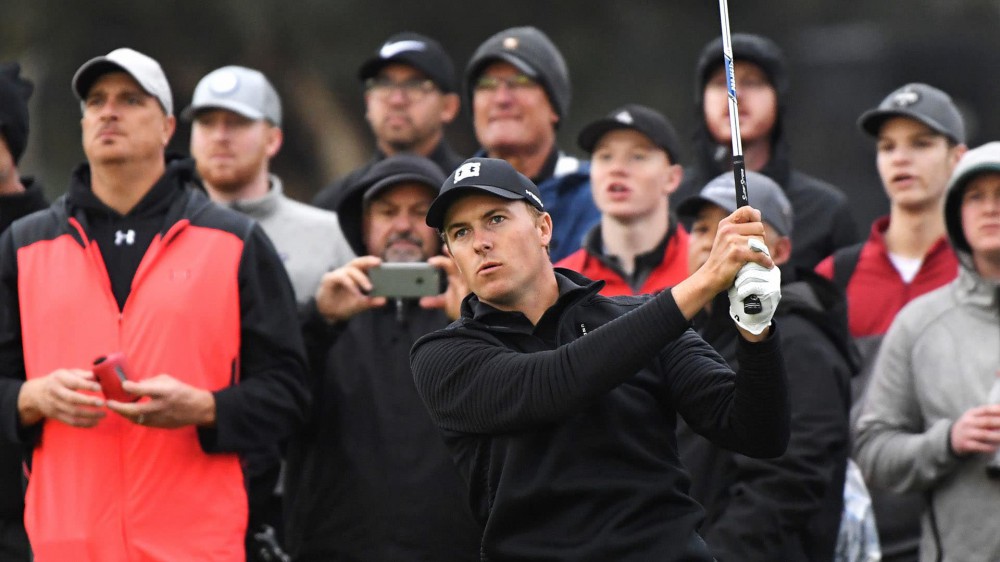 Tiger: 'Need to do something' about golf ball

Stock Watch: Women's game on the rise with Augusta Am event