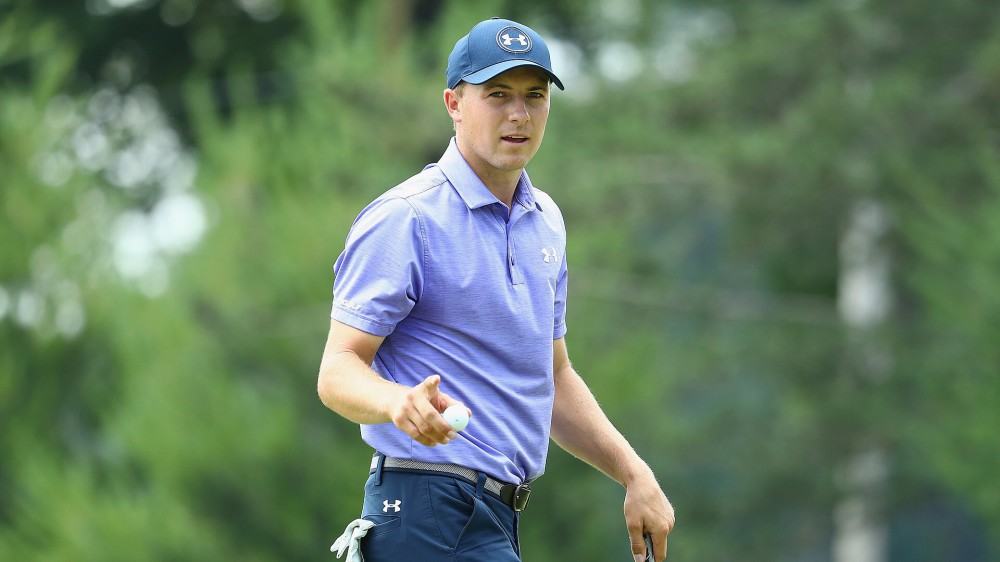 CROMWELL, Conn. – By Jordan Spieth’s own lofty standards, he figured he’d only had two “solid” putting rounds this year: Day 3 at the AT&T Pebble Beach Pro-Am (which he won) and Saturday at last month’s Dean & DeLuca Invitational.

Friday’s 69 wasn’t to that level, but it was close.

Spieth rebounded from an early double bogey-7 at the 13th hole with birdies at Nos. 15, 1 and 2 (he started his round on the 10th hole) to maintain the early lead on Day 2 at the Travelers Championship.

Although he hit more fairways on Friday (10) than he did on his way to an opening 63 (eight), he said his tee-to-green game wasn’t as sharp for Round 2, which made his putting so important.

Spieth took 29 putts on Friday and converted momentum-saving attempts from 35 feet at the third hole and 8 feet at the 12th.

“Those rounds [at Pebble Beach and Colonial] were maybe just slightly ahead as far as comfort level and how I was stroking it. But [today] was very close,” said Spieth, who is playing the Travelers Championship for the first time.

Even without his best stuff, Spieth took solace in the fact that he remained in the hunt for his second victory on the PGA Tour this season.

“I wouldn’t say I played my B-game. I think I’ve been up there playing pretty solid golf,” he said. “It’s just, hitting more greens. The ones I missed, I didn’t really need to miss. I was trying to do too much. That’s kind of what gets me in trouble on a course like this.”