As far as newsworthiness goes, that ranks right alongside “Dogs Bites Man” in importance, but it’s worth mentioning after Spieth’s last few rounds.

At the PGA Championship, Spieth’s last start, he finished tied for 28th, with a negative strokes gained-putting average (minus-.08), and on Thursday at The Northern Trust he ranked 107th in that category, giving up 1.97 strokes to the field. To put that in context, he’s gained strokes on the field each of the past five seasons on the PGA Tour and ranked second in the category last year.

On Thursday at Glen Oaks, Spieth seemed confused by the pace of the greens on his way to a 1-under 69 that included 33 putts.

“I’m not going to beat myself up too much about it because these greens are large and have a lot of slope on them, and they are putting these pins, just like at Quail Hollow [at the PGA], in these pretty tough locations where it’s very difficult to be below the hole,” Spieth said. “A lot of times you’ll have putts that go up and then down, and it’s very difficult to figure out when the ball is going to stop rolling. “

Spieth got off to a quick start on Day 1 with birdies at Nos. 11 and 13 (he started his round on the 10th hole), but he played his final 14 holes in 1 over par and was five strokes off the pace.

“I played really well. Driving the ball, just like at the PGA Championship at Quail Hollow, driving the ball is such a key out here,” he said. “I was hitting it very solid. Hitting it pretty far. I burned high lip, low lip, left lip, right lip today for most of the round, felt like a 4- or 5-under round.” 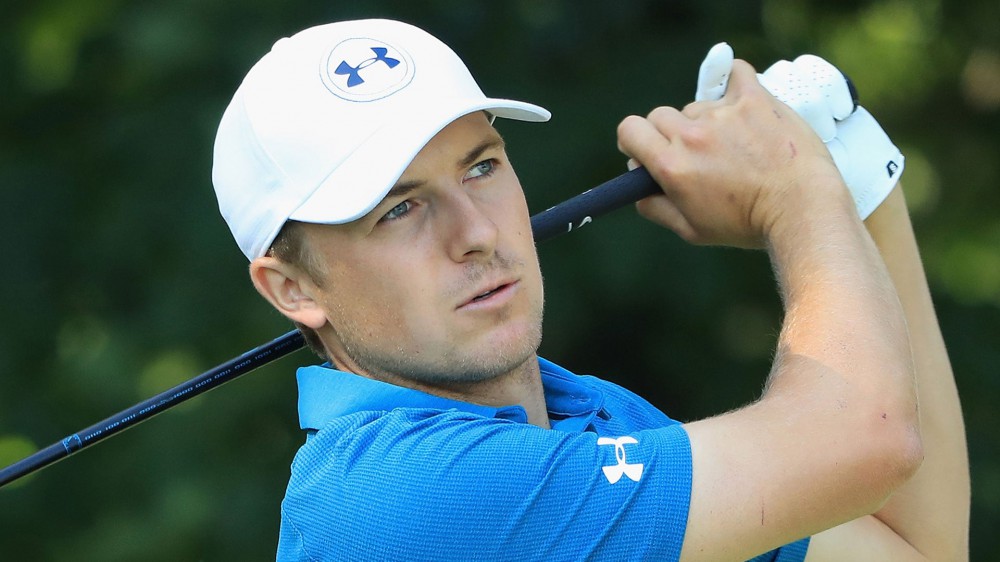