CROMWELL, Conn. – It was perhaps the most-replayed shot (and celebration) of the year.

Jordan Spieth’s bunker holeout to win the Travelers Championship last year in a playoff over Daniel Berger nearly broke the Internet, as fans relived that raucous chest bump between Spieth and caddie Michael Greller after Spieth threw his wedge and Greller threw his rake.

Back in Connecticut to defend his title, Spieth admitted that he has watched replays of the scene dozens of times – even if, in the heat of the moment, he wasn’t exactly choreographing every move.

“Just that celebration in general, I blacked out,” Spieth said. “It drops and you just react. For me, I’ve had a few instances where I’ve been able to celebrate or react on a 72nd, 73rd hole, 74th hole, whatever it may be, and it just shows how much it means to us.”

Spieth and Greller’s celebration was so memorable that tournament officials later shipped the rake to Greller as a keepsake. It’s a memory that still draws a smile from the defending champ, whose split-second decision to go for a chest bump over another form of celebration provided an appropriate cap to a high-energy sequence of events. 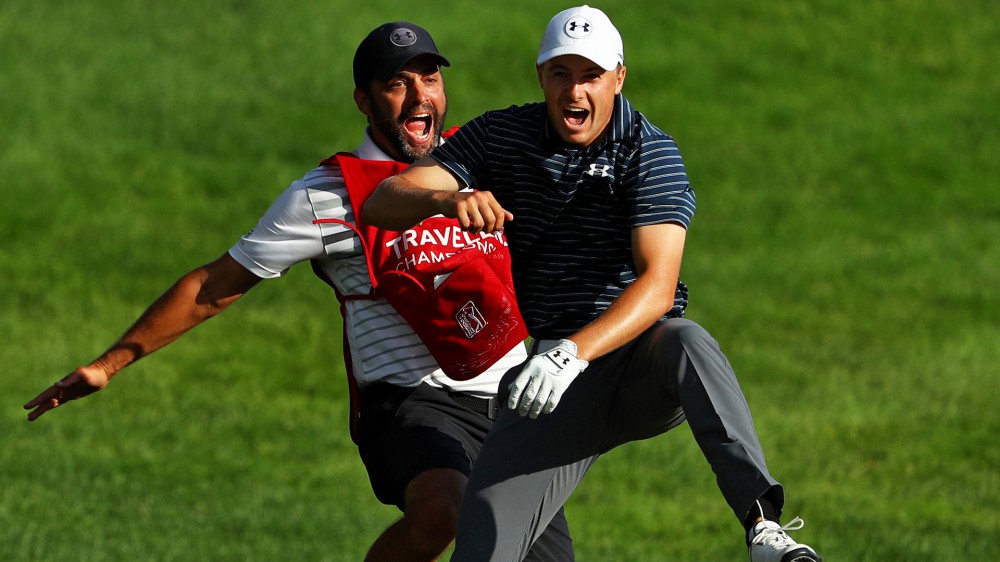