AUGUSTA, Ga. – Coming off a difficult opening round and having watched his first shot of the day sail straight for the trees, Jordan Spieth worried that he might not be around for the weekend at the Masters for the first time in his career.

Thankfully for him that won’t be the case, thanks in part to some timely play and some bad information.

Spieth has been a mainstay on the leaderboards at Augusta National, finishing third or better four times in his five prior starts. But he’s struggled with his form of late and got off to a slow start this week, carding a 3-over 75 in the opening round.

Things didn’t get much better on the first hole Friday morning, when he sent his drive wide right en route to a bogey that dropped him to 4 over and placed his weekend plans in peril – even though he didn’t know it.

As it turned out, the cut line quickly became a non-factor, as Spieth finally channeled some of the form that led him to a green jacket in 2015 and a third-place showing a year ago. A birdie at No. 9 sparked a turnaround, as he followed with three more in the next five holes to shoot a 4-under 68 and head to the weekend at 1 under, safely inside the number.

“My pars were more stress-free, and I was able to have a lot more looks at birdie,” Spieth said. “Overall, my putting performance still hasn’t been quite as good as it’s been in previous weeks, but I know how it can. The hole can look kind of big out here sometimes and I’m hoping for that on the weekend.”

Spieth shared that he was slowed during the opening round by a crack in the face of his driver, and while he continued to hit the club on the second nine Thursday, “it wasn’t pretty.” After getting a replacement head put on last night, he found 10 fairways and 13 greens in regulation, each an improvement of three over his opening-round stat line.

While it’s been a lean season to date for the three-time major winner, Spieth nearly pulled off a comeback for the ages at this event a year ago and has his eye on some similar magic this weekend if his game continues to improve.

“I felt like the first round was kind of where I was on the weekend last week, and then I thought today was a bit better. So I feel really good about today’s round,” he said. “I mean as far as this tournament, I’m six back. If I can somehow cut it to three by Sunday, then I feel like I have a legitimate chance.” 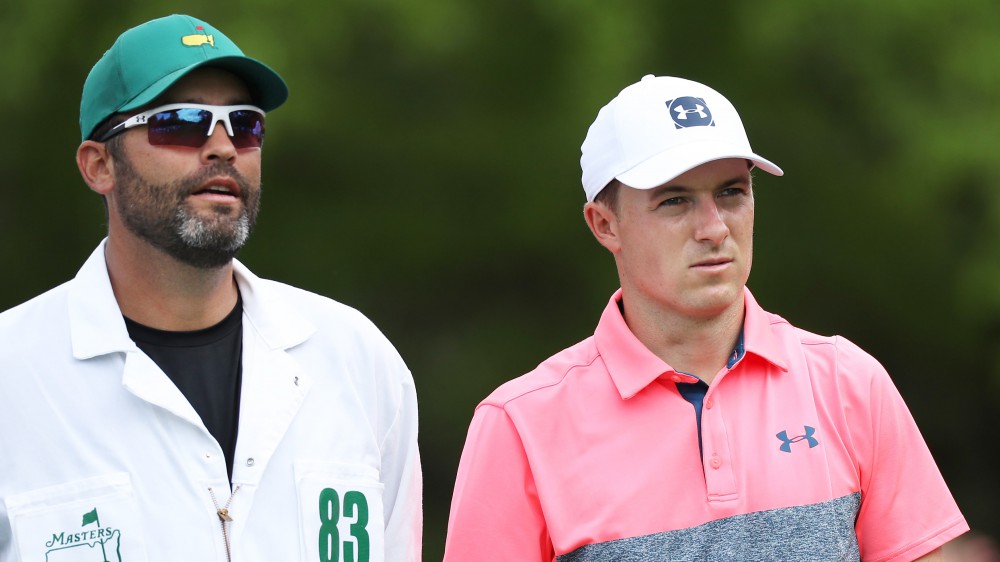